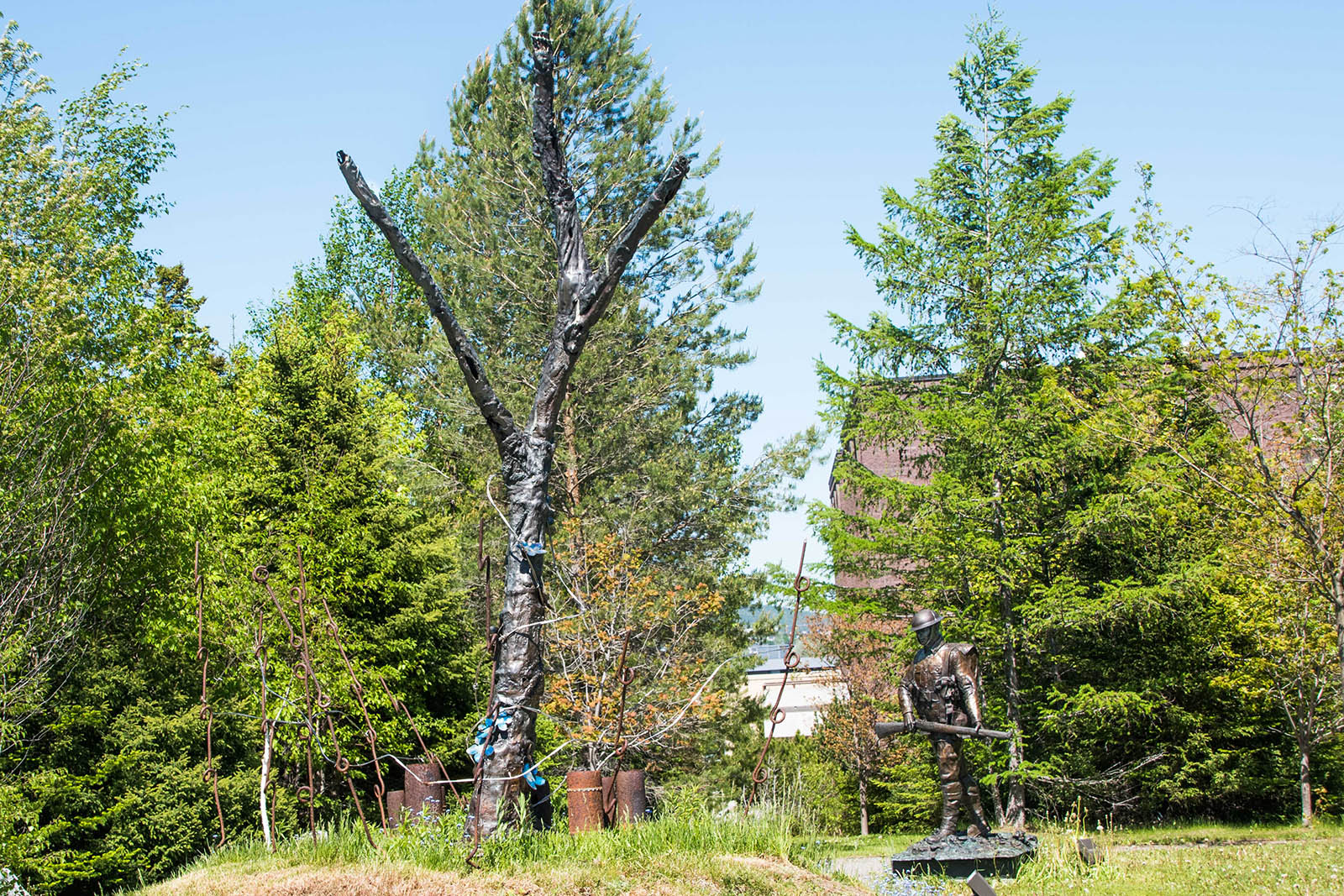 The Danger Tree Memorial Site is located on the grounds of the Forest Centre at Grenfell Campus. It encompasses a bronze sculpture of a replica of the Danger Tree and a life-sized bronze statue of a Royal Newfoundland Regiment soldier approaching it. The installation of the works is a reminder of the devastating loss of lives at Beaumont Hamel as Regiment soldiers moved towards the marker of a solitary tree. They are works by sculptor Morgan MacDonald. Watch the video to hear MacDonald talk about the significance of the Danger Tree sculpture.

MacDonald created the statue of the soldier in the likeness of Pte. Hugh McWhirter, who was from the Humbermouth area, now part of Corner Brook. He was the first soldier from the First Battalion of the Royal Newfoundland Regiment to be killed in combat on September 22, 1915, when the Regiment landed on the beaches of Suvla Bay on the Gallipoli Peninsula.

The Danger Tree was unveiled in 2016 to commemorate the 100th anniversary of the First World War, and the statue of Pte. Hugh McWhirter in 2019 as part of the Corner Brook Come Home Year celebrations. Both sculptures are gifts to Memorial University from the Forget-Me-Not Campaign Committee.

More info – Morgan MacDonald on the significance of the Danger Tree