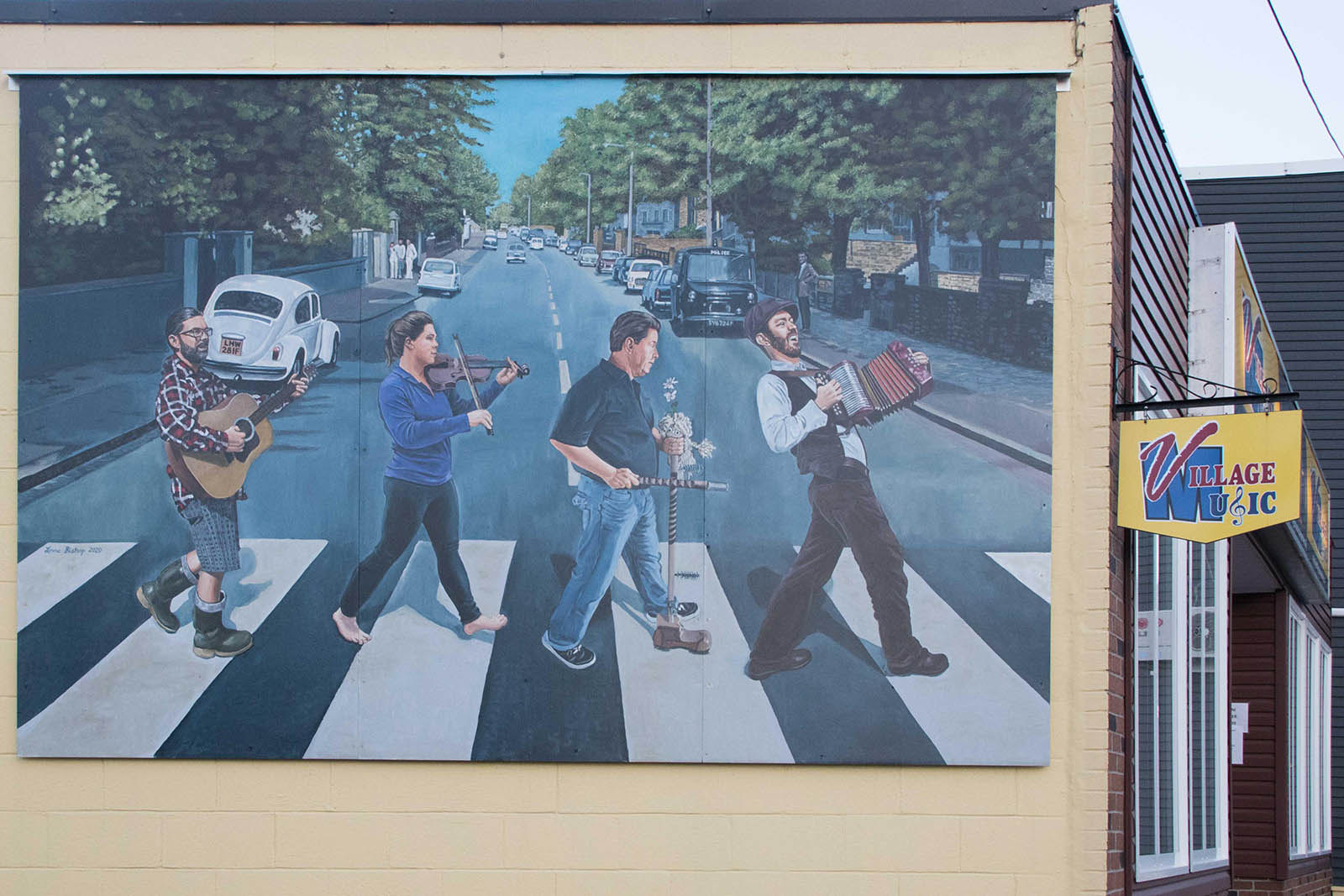 The Crosswalk Reel mural installed on the outside wall of the Village Music store is the work of Corner Brook artist Lorne Bishop. Sheldon Power, the owner of Village Music, told CBC that the COVID-19 pandemic had interrupted businesses, and "a mural like this could potentially bring people back down around," adding "this is promoting local. We want people to come to Broadway, and what a beautiful way to bring people to Broadway."

The mural project is an example of a public-private partnership involving the City of Corner Brook and local businesses. The general public also got to take part in a public contest in naming the artwork.

Follow the link to watch the video about the mural project.

As a young boy growing up in Grand Falls, Lorne Bishop was mainly self taught. He graduated from the Nova Scotia College of Art and Design in 1976 and went on to work as a freelance artist for seven years at various cities and towns across Canada. Returning to Newfoundland in 1985, Lorne began teaching as a public school art teacher while completing a Masters of Art Education from the University of Southern Mississippi. In 1999, Lorne was hired as an instructor of Visual Arts at the College of the North Atlantic, where he worked until retirement in 2012. Since retiring, Lorne is free to pursue his passion for art.