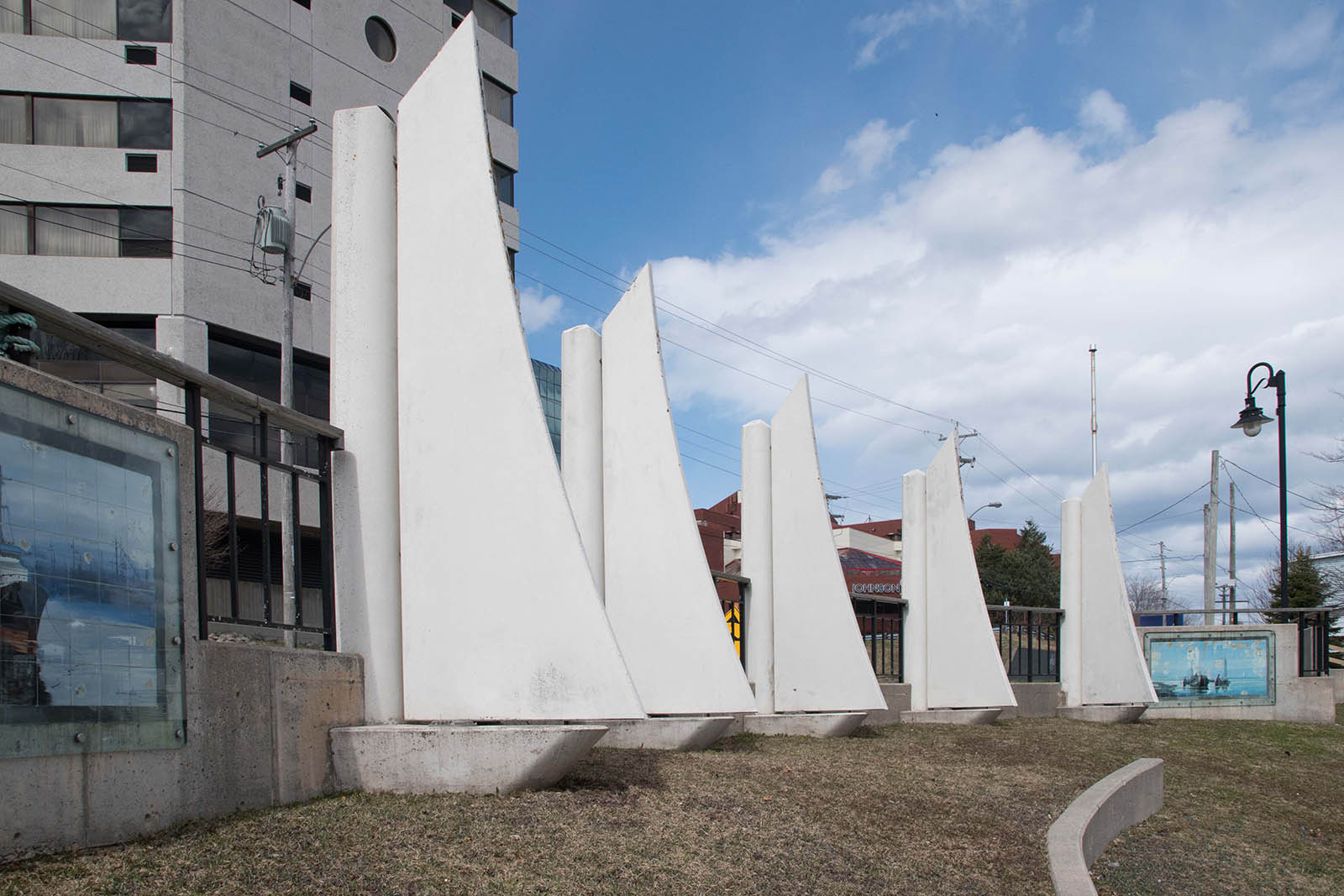 The 2004 City of St. John's Annual Report indicates that "Ilhavo Park builds upon a Friendship Agreement signed in 1998 between St. John's and Ilhavo to further promote an exchange of knowledge about the cities respective cultures, history, and geography." The park was opened in 2004 to commemorate the cultural and historical relationship between these two cities. Ilhavo Park features five sail sculptures designed by St. John's architect Stan Hampton, five hand-painted tile panels created by Ilhavo artists, and a cobblestone walkway with a codfish pattern.

The park is located at the intersection of Duckworth Street and Plymouth Road. Before constructing the park, an archaeological impact assessment was carried out in the area because of its archaeological potential. Artifacts from the late 17th to the early 18th century were discovered and preserved. Follow the link to read about the history of the site from an archaeologist's perspective. This project was coordinated by the Grand Concourse Authority.