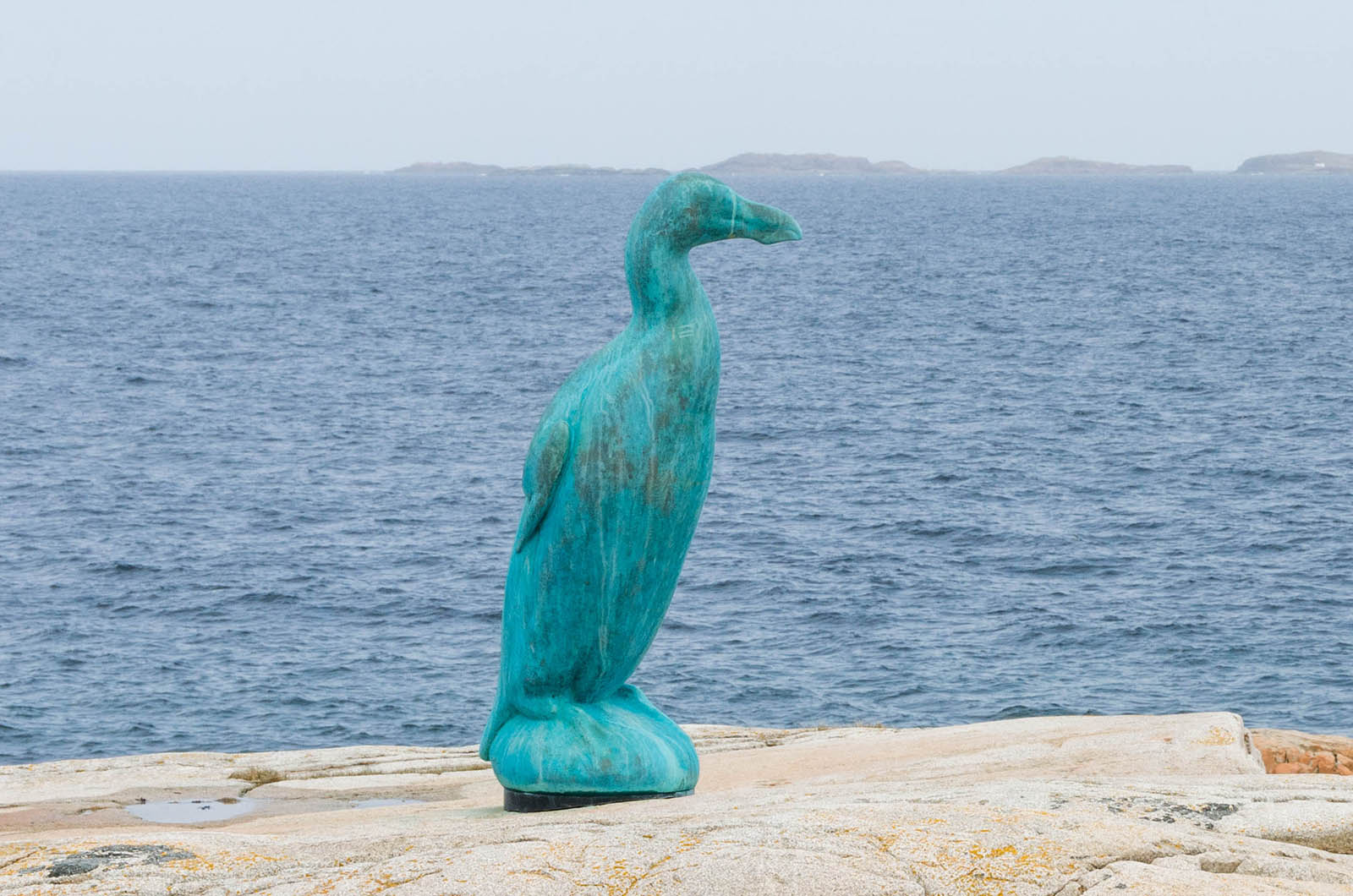 The five-foot-tall Great Auk bronze sculpture is a public memorial to the flightless seabirds hunted to extinction for their meat, feathers and eggs in the mid-19th century. American artist, Todd McGrain, created the Great Auk sculpture as part of his Lost Bird Project, which includes four other extinct bird species: the Carolina Parakeet, Heath Hen, Passenger Pigeon, and Labrador Duck. McGrain created bronze sculptures of these birds and installed them near the place where the last member of each species vanished from the earth.

The Great Auk Memorial is located at Joe Batt’s Point, Fogo Island, where the bird was last seen. McGrain also positioned the Great Auk to face toward Funk Islands, one of its largest breeding grounds and the site of the devastating destruction of its population.

Todd McGrain is a sculptor and documentary filmmaker born in 1961. He is the Creative Director of the Lost Bird Project. He has won a number of awards, including the prestigious Guggenheim Memorial Fellowship.