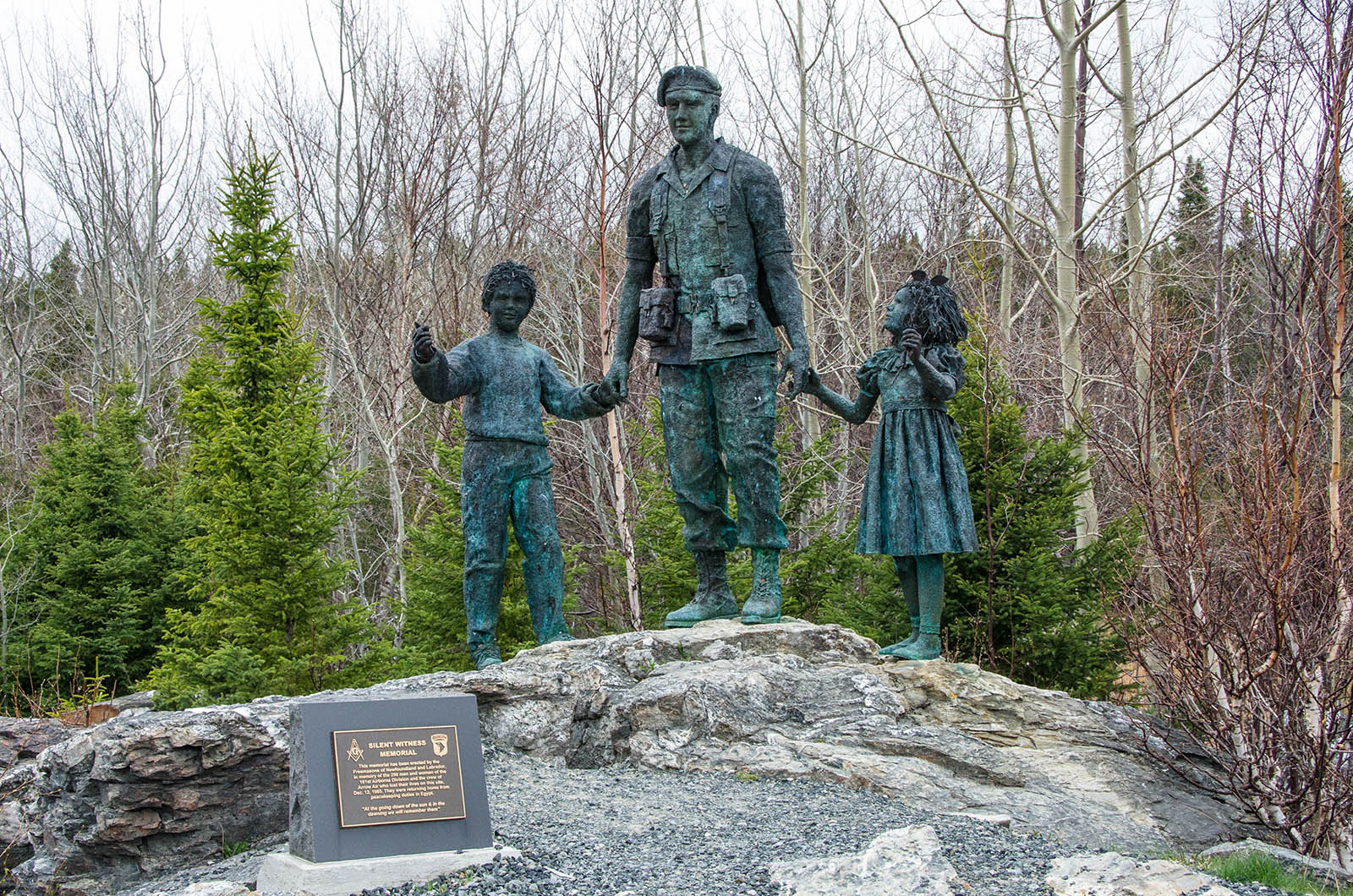 On December 12, 1985, Arrow Air Flight 1285 crashed near Gander Lake shortly after taking off from Gander for Ft. Campbell, Kentucky, killing all 248 soldiers of the 101st Airborne Division and eight crew members. The soldiers were returning home following a peacekeeping mission on the Sinai Peninsula in Egypt.

Steve Shields was commissioned to create a memorial in Gander near the crash site at the edge of the forest. Shields created the statues at his studio in Hopkinsville, cut them in sections, and transported them to Gander in July 1990. He reassembled the pieces on site.

The memorial depicts an American soldier in a beret and desert uniform standing on a massive rock holding the hands of a boy and girl, looking toward Fort Campbell. Each child is holding an olive branch, symbolizing the soldiers’ peacekeeping mission on the Sinai Peninsula. They are “witnesses” of the worst aviation disaster in Canadian history.

Steve Sheilds (1947-1998) was from Hopkinsville, Kentucky, the border town where Fort Campbell is found. The base in Fort Campbell is where the 248 soldiers were returning home to when this crash happened.