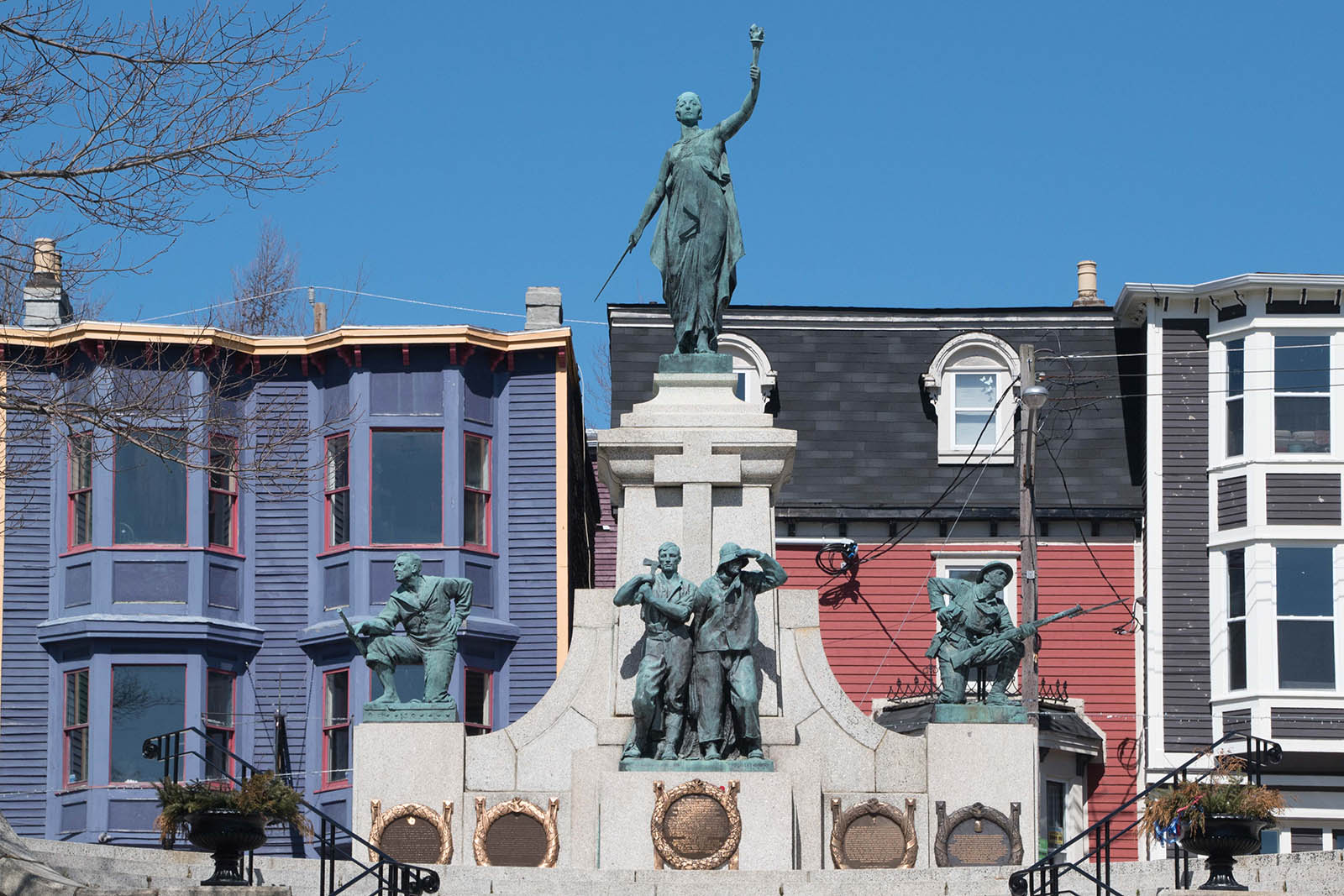 The imposing memorial comprises five bronze figures on a large granite base. On the top of the pedestal is a statue of a woman, holding the sword of Liberty in one hand and the torch of Purity in the other. Below the statue are two male figures standing in front of a cross, representing the Forestry Corps and the Mercantile Marine. Next to them are two kneeling figures: a sailor of the Naval Reserve to the right and a soldier of the Newfoundland Regiment to the left. The Newfoundland National War Memorial faces the harbour directly, providing a physical connection to where soldiers departed and returned from the war. The memorial was funded through public donations.

Gilbert Bayes was born in 1872 in North London, England. He was awarded the Royal Society of British Sculptors' Medal in 1931 and two years later was awarded the Freedom of the City of London, among other honours.

Ferdinand Victor Blundstone was born in Switzerland in 1882, and lived and worked in England. His sculptures can be found in Belgium, New Zealand, St. John's NL and across England.