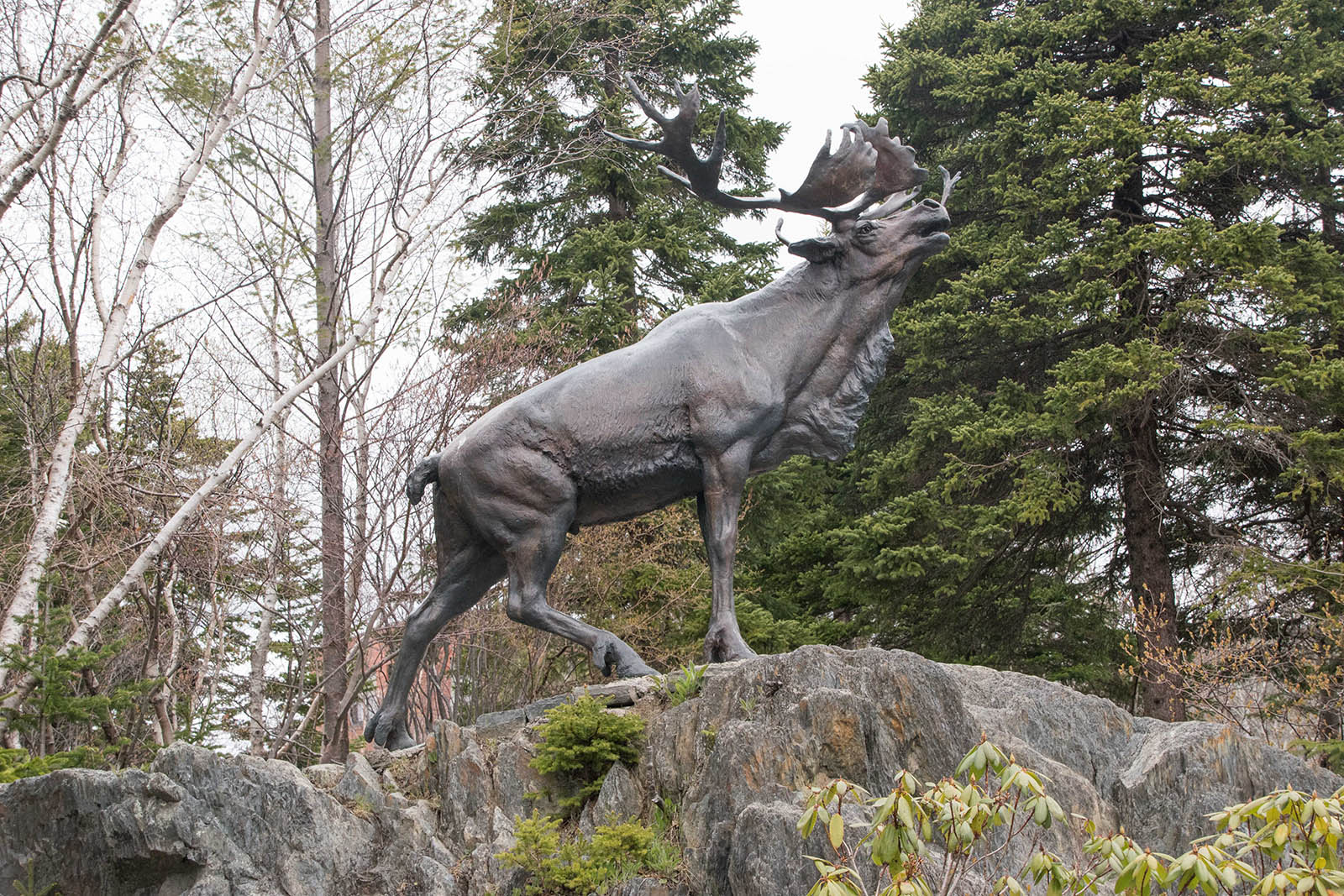 The caribou is the official emblem of the Newfoundland Regiment. The Trail of the Caribou is a series of six battlefield memorials in France, Belgium and Turkey, marking where the Newfoundland Regiment fought during the First World War. Each memorial site features a bronze statue of a caribou. The five caribou statues placed in France and Belgium between 1922 and 1925 were designed by British sculptor Basil Gotto. In Turkey, the sixth caribou statue was the work of InnovativeNL Engineering and Project Management in St. Johns’, recently installed in April 2021 on the Gallipoli Peninsula.

More info – Royal Newfoundland Regiment The Caribou in Bowring Park is a replica of Gotto’s Caribou. It was a gift by Major W. Howe Greene, a relative of Sir Edgar Bowring (the donor of Bowring Park), as a tribute to the Regiment soldiers and was unveiled in 1928.

Basil Gotto was born in 1866 in Highgate, London, England. He studied at the Royal Academy Schools and the Académie Julien in Paris. He was a war correspondent for the "Daily Express" during the war in South Africa, and served in the First World War. He is known for his paintings as well as sculptures.