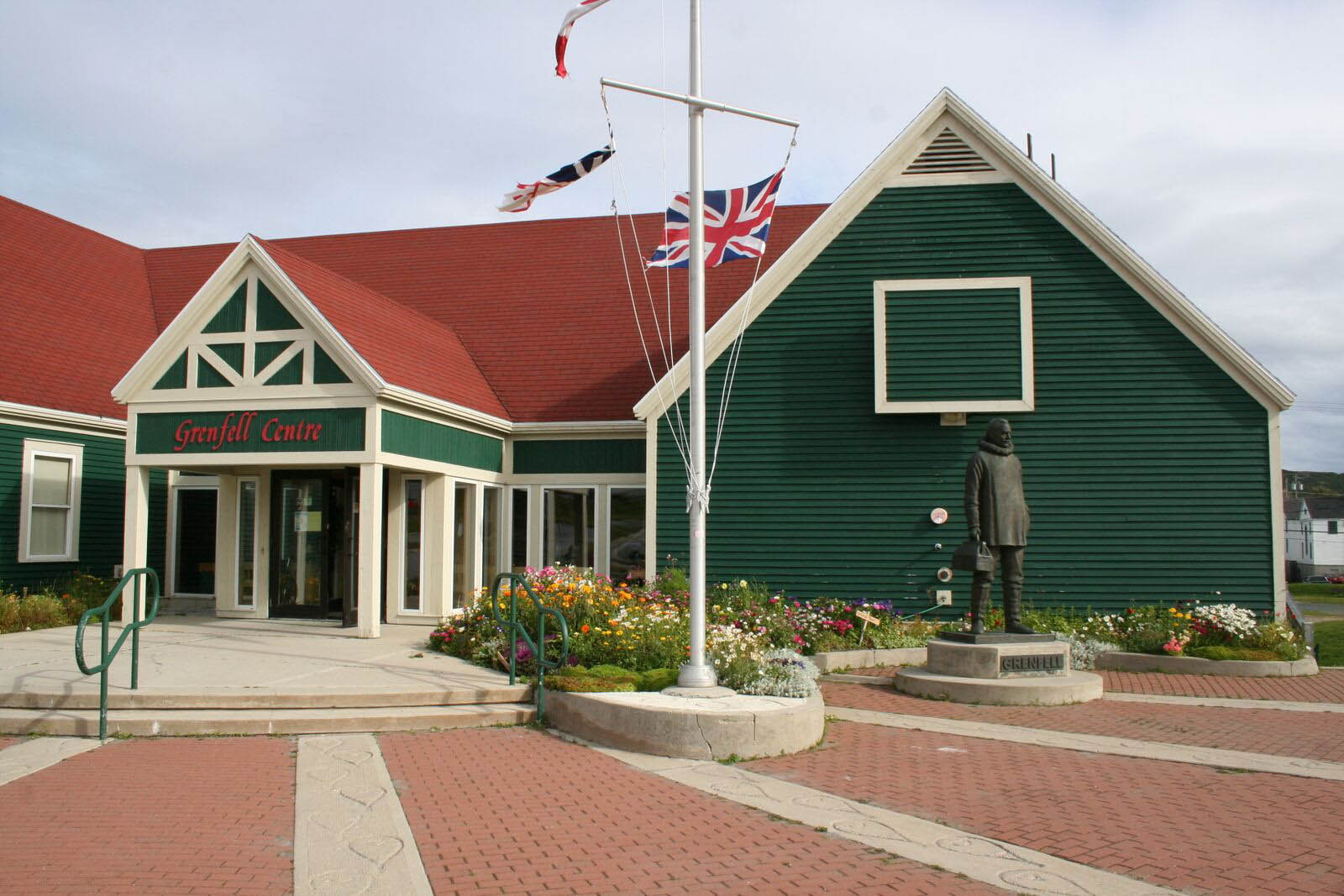 Hans Melis created this statue of Dr. Wilfred Grenfell in 1978. It was originally installed opposite the Charles S. Curtis Memorial Hospital and was unveiled in September 1978 with government officials, local residents and visitors attending. The destroyer HMCS Annapolis also arrived in St. Anthony harbour to participate in the celebrations. Following the statue's unveiling, the Coast Guard vessel Baffin Strati, which operated in the area, was rechristened Sir Wilfred Grenfell.

The statue was subsequently moved to its present location at the Grenfell Interpretation Centre entrance.

Hans Melis was born in the Netherlands in 1925. He studied at the Academies of Fine Arts in The Hague, Munich and Dresden. He emigrated to Canada in the 1958 and became the official sculptor of Newfoundland under Joey Smallwood.