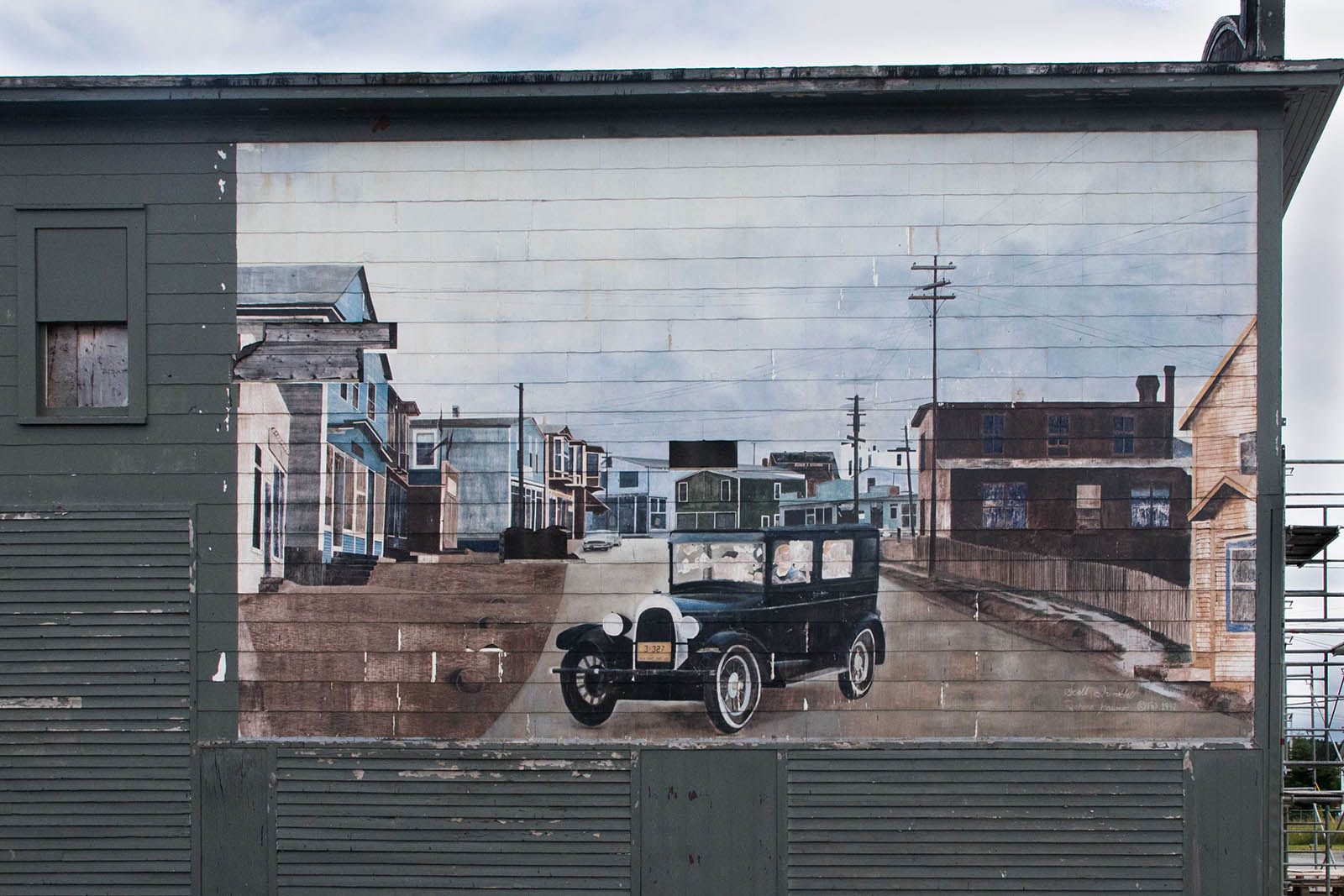 by Richard Hawco and Scott Tremblett

Town Square, painted by Richard Hawco and Scott Tremblett, was one of six historical murals created for The Murals Project between 1991 and 1995. The mural is based on a 1961 photograph of the lower end of Town Square and is located on the north wall of the Green Depot building, the former “Happy Home Loyal Orange Lodge”.

Hawco and Tremblett were two of the eight artists employed to create murals depicting the town's mining and cultural history. The Mural Project received funding from governments and private donations, and the lead artist for the project was Bell Island-born, self-taught artist John Littlejohn.

The Murals Project was an example of a public art program using mural art as a tool to revitalize and promote the community.

Read more about The Murals Project, the artists, and the locations of the murals by following the link to the 'historic-wabana' website.

Richard Hawco and Scott Tremblett are both from Bell Island. Rick is active as a painter in St. John's and Mount Pearl.