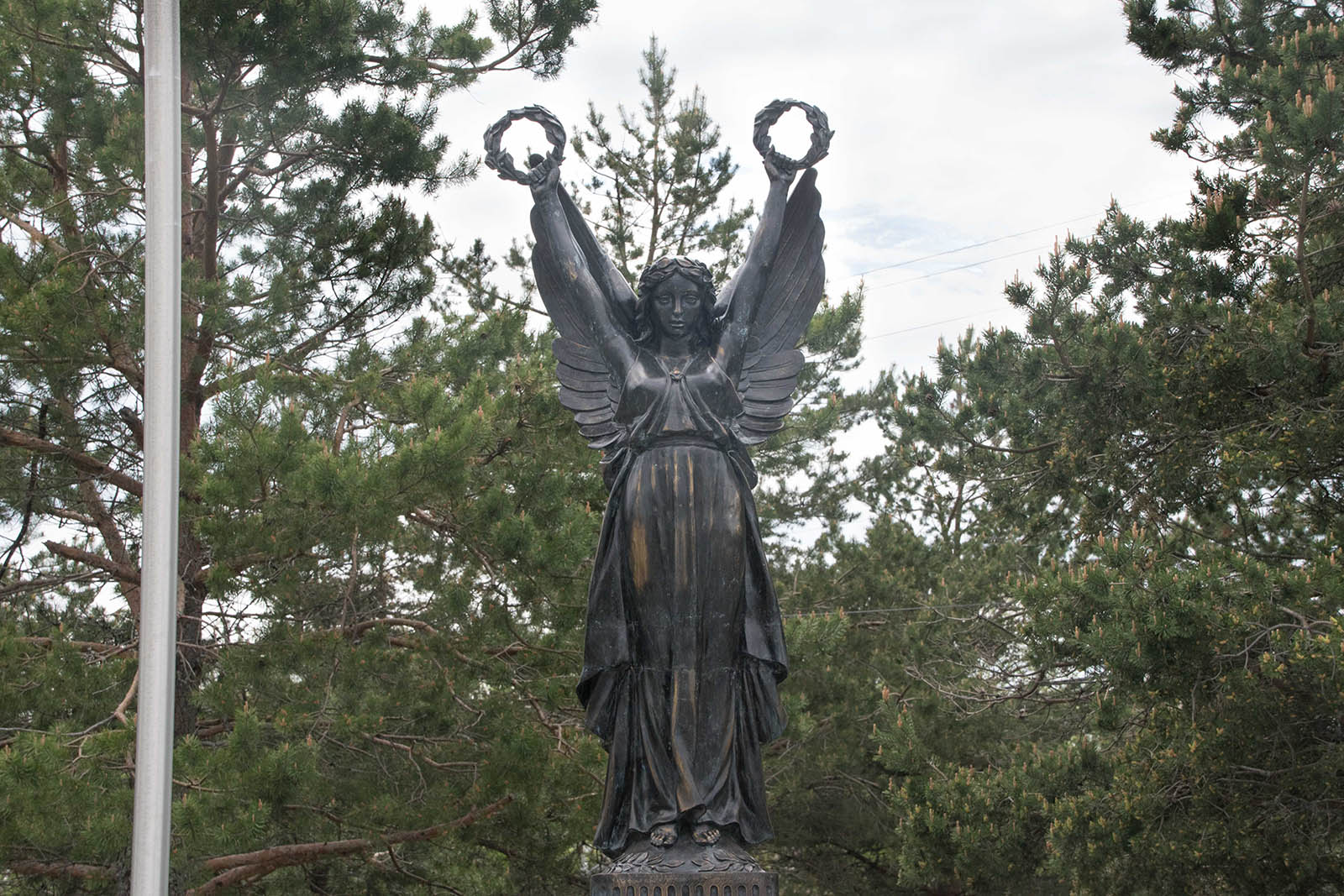 According to the Veterans Affairs Canada website, the history of the Gander War Memorial began in 1962. The original monument was 18 feet 10 inches in height and it included an arch, a statue of Winged Victory that stood seven feet two inches, and a bronze Caribou on a three-foot pedestal. The arch was etched with military crests and Newfoundland’s floral emblem, the Pitcher Plant. The monument was erected by Muir’s Marble Works of St. John’s with the statues imported from Italy.

It was vandalized in 1963 or 1964. The Winged Victory statue was re-installed in the subsequent year on a granite slab that appeared to be the pedestal used for the Caribou statue.

Revitalization of the War Memorial site began in 2012 under the Gander Schools Legacy Project, initiated by former students who attended a school reunion in Gander in 2010. The Winged Victory statue was refurbished and placed on a granite base in 2013 by the Newfoundland Bronze Foundry. In 2015 two new statues, Sgt. Gander and His Handler, were installed, marking the completion of the Gander Heritage Memorial Park Project.