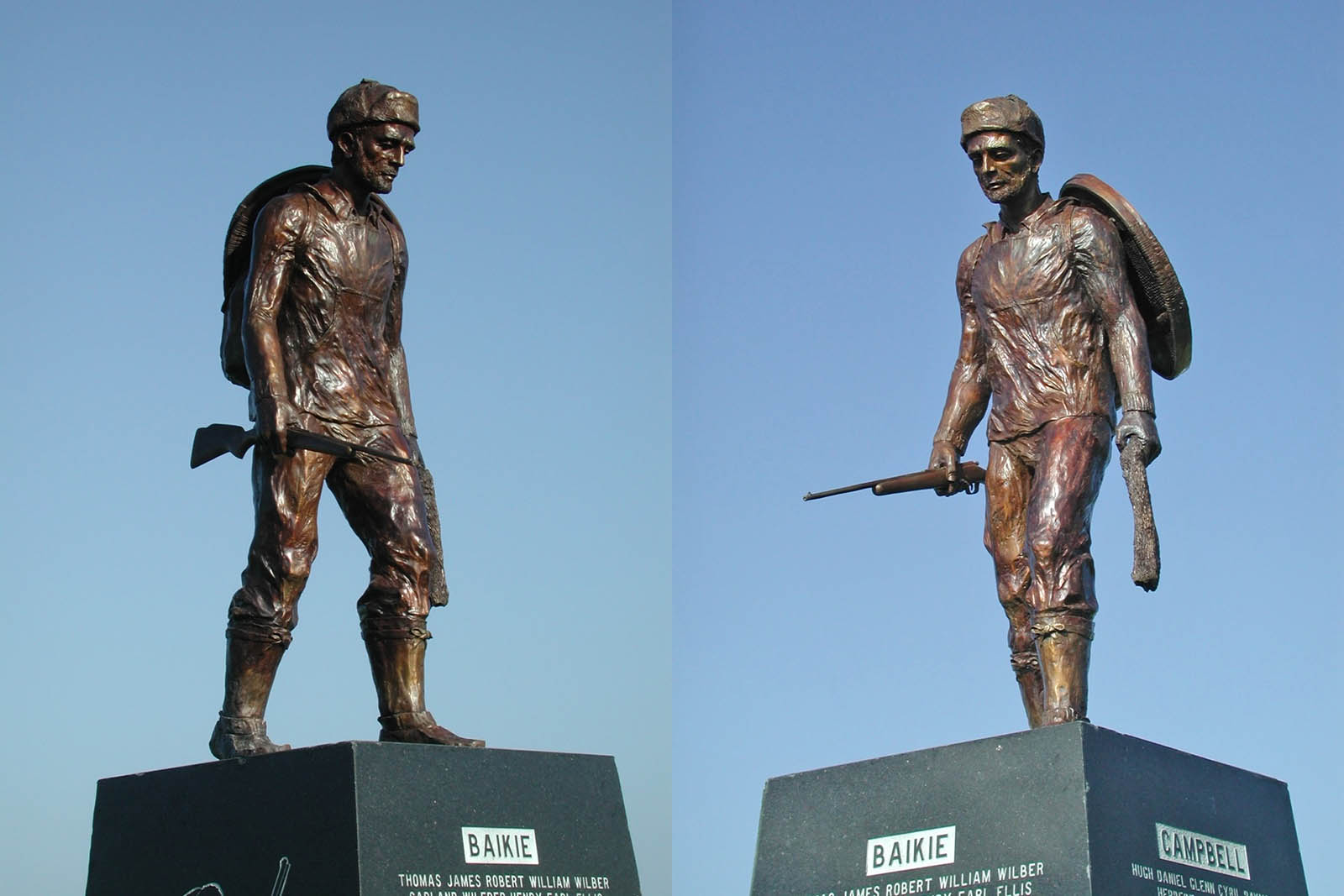 The monument is situated at Lester Burry Memorial Park on the North West River waterfront. The park, named after Rev. Lester Leeland Burry, is a heritage area where the trappers began their journeys into the country. Some of them would be away for months. Lester Burry, a clergyman, advocate for Labrador, and radio communications pioneer, brought transmitter and radio technology to remote Labrador areas, providing equipment that allowed trappers to contact their families while they were away.

The monument is composed of a base inscribed with names of trappers of the areas, on which stands the statue of a Labrador Trapper, created by sculptor Luben Boykov. The monument pays tribute to the trappers of the region, commemorating their contributions to the cultural history of Labrador. Boykov says the statue “is a realistic representation of a trapper in typical attire and full gear. The pose and implied movement of the trapper is full of inner tension and concentration. He is strong and energetic, yet slender and agile. His body is relaxed and he projects a contemplative spirit.”

Labrador trappers came from different cultural groups, including Innu, Inuit, Métis, and European settler, and each had its own set of cultural traditions of language and customs. The practice of trapping in Labrador is recognized as a Distinctive Cultural Tradition and Practice under the Provincial Historic Commemorations Program.