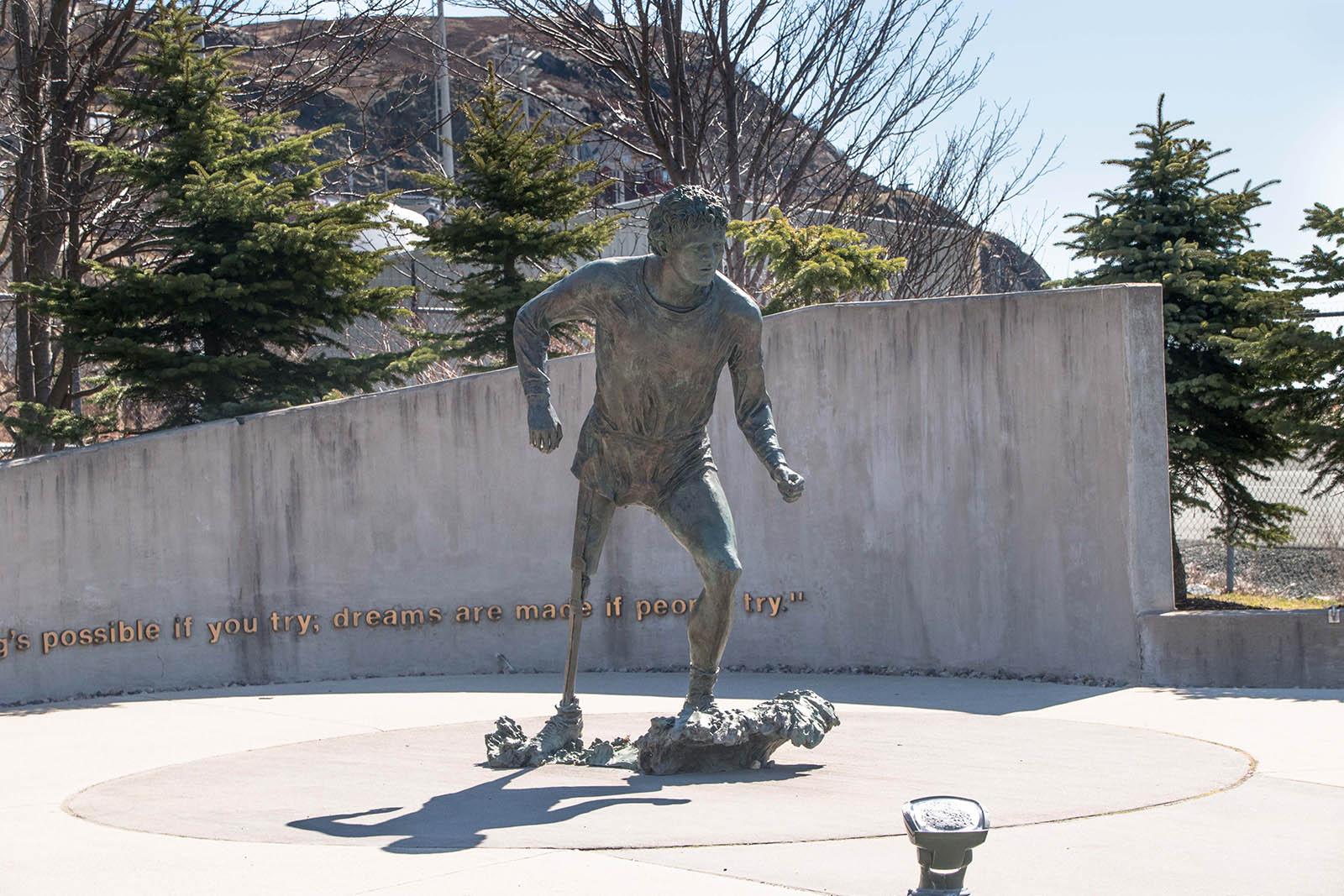 On April 12, 1980, Terry Fox began his cross-country Marathon of Hope journey in St. John’s to raise funds for cancer research. The spread of his cancer forced him to end his run outside Thunder Bay on September 1, 1980, after 143 days and 5,373 km.

In the artist's words, the life-sized sculpture will evoke "beginning and genesis; the artificial leg acting as a static point of inception, while the rest of Terry's body, tense and taut, projecting focus, determination and purpose, is reminiscent of the road ahead of him. He is portrayed at the moment of a literal and metaphorical climb on an incline. The sculpted terrain, with its dramatic form and texture, endeavours to reflect Terry's turbulent and gripping life story."