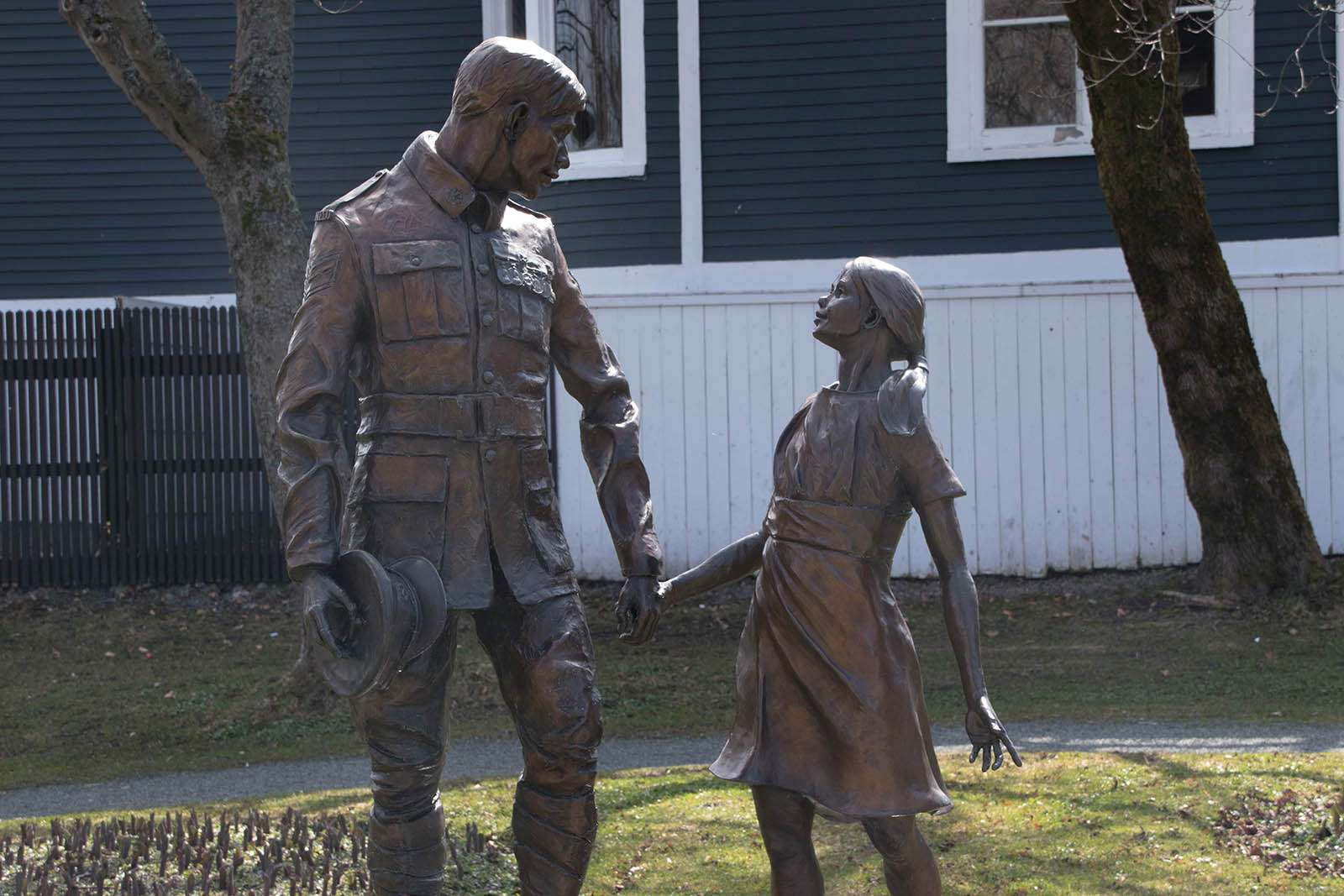 The Homecoming is a memorial commemorating the 100th anniversary of the end of WW1. The memorial consists of two figures, depicting a uniformed soldier, holding a cap with the caribou head badge in one hand and holding the hand of a young girl with the other, expressing the joy of reunion.

The details depicted in the sculpture of a Royal Newfoundland Regiment soldier also include an injured ear resulting from a bullet wound, based on the story of Lance Corporal Matthew Brazil, who was the grandfather of the memorial's benefactor, Marty Gregory.