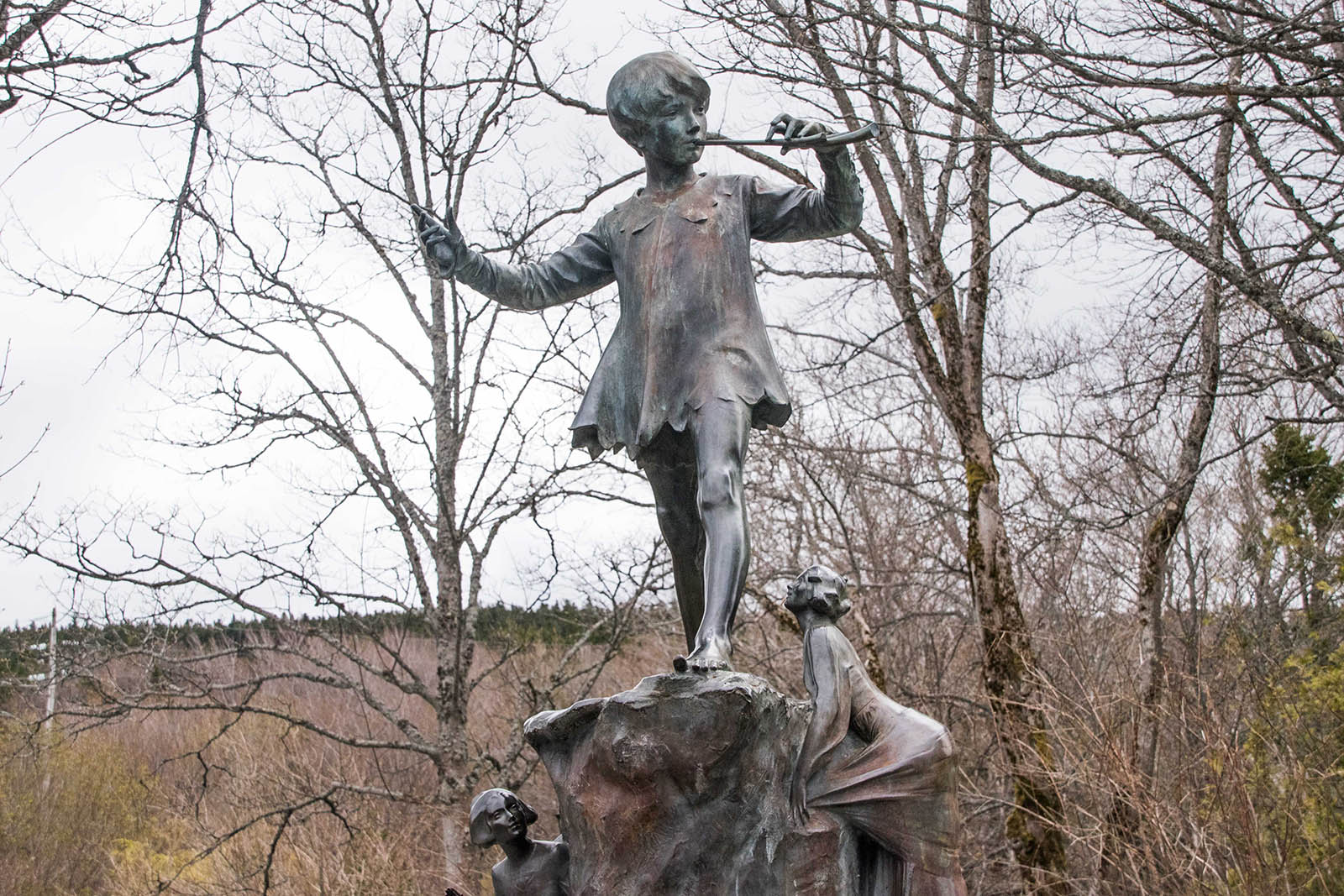 At the east entrance of Bowring Park is the statue of Peter Pan (the boy who wouldn’t grow up), a free-spirited character created by Scottish author J.M. Barrie in the early 1900s. In 1912, Barrie commissioned British sculptor Sir George Frampton to create a statue of Peter Pan, and the original work still stands in Kensington Gardens in London.

The statue of Peter Pan in Bowring Park is one of six replicas made by the sculptor. It was a gift by Sir Edgar Bowring to the community in 1925 in memory of his three-year-old granddaughter, who lost her life in the 1918 S.S. Florizel sea disaster.

George Frampton was born in 1860 in London, England. He began his career as a stone carver, then went on to study at the Royal Academy Schools. He had a prolific career, and was sought after for public commissions and exhibitions across the globe.