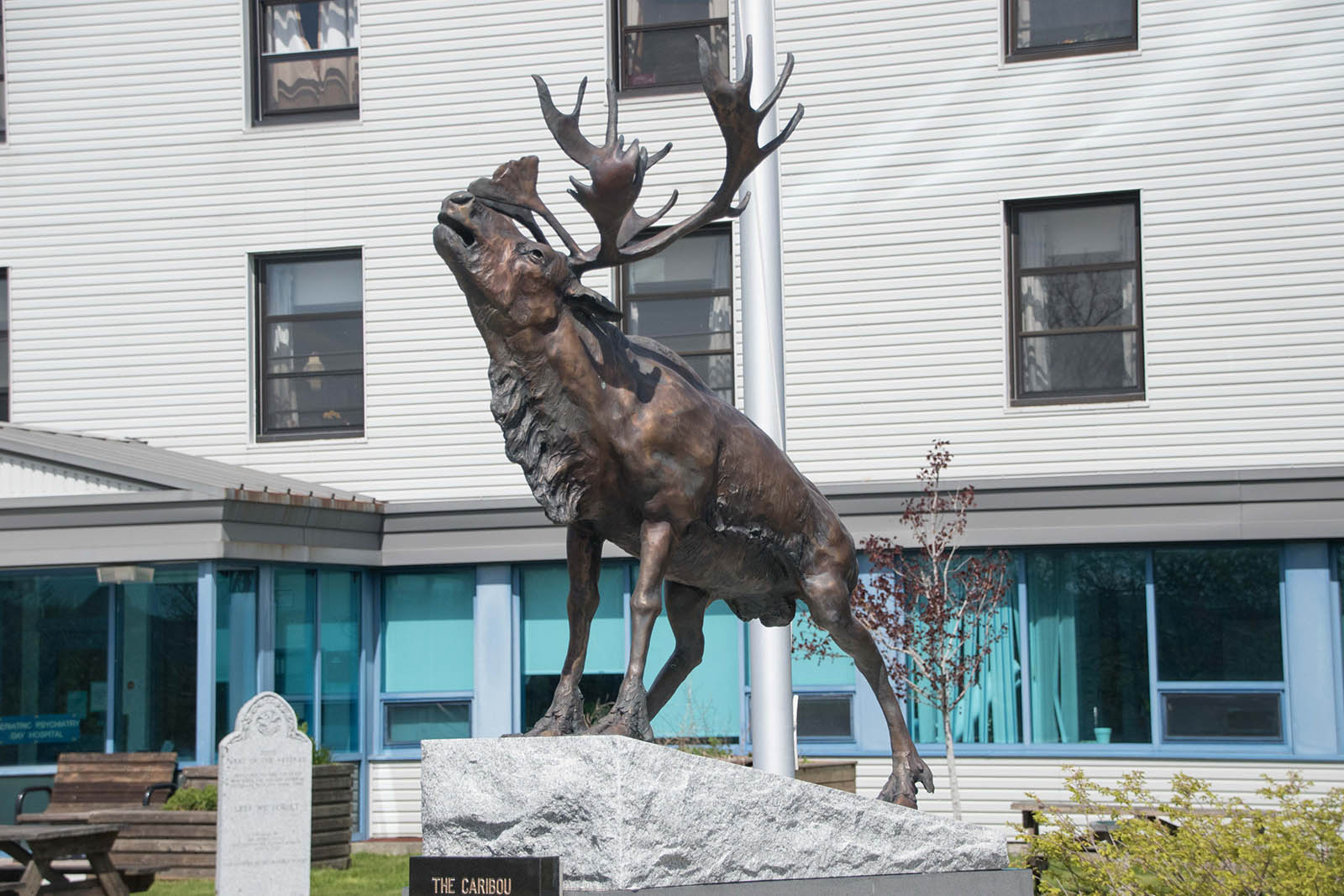 As part of the design of the coat of arms in 1637, the caribou is a historic icon of Newfoundland and Labrador and the official emblem of the Royal Newfoundland Regiment.

In September 2017, a bronze caribou statue, by Morgan MacDonald, was installed at the entrance to the Caribou Memorial Veterans Pavilion in St. John’s. The project was an initiative led by the Legion Action Committee, comprised of members of the Royal Canadian Legion, Eastern Health, Veterans Affairs Canada, and other military and veterans groups. It pays tribute to war veterans and all veterans who currently reside or have resided at the pavilion.

The life-sized statue is a duplicate of the one that MacDonald created for Remembrance Square in Corner Brook in 2012.