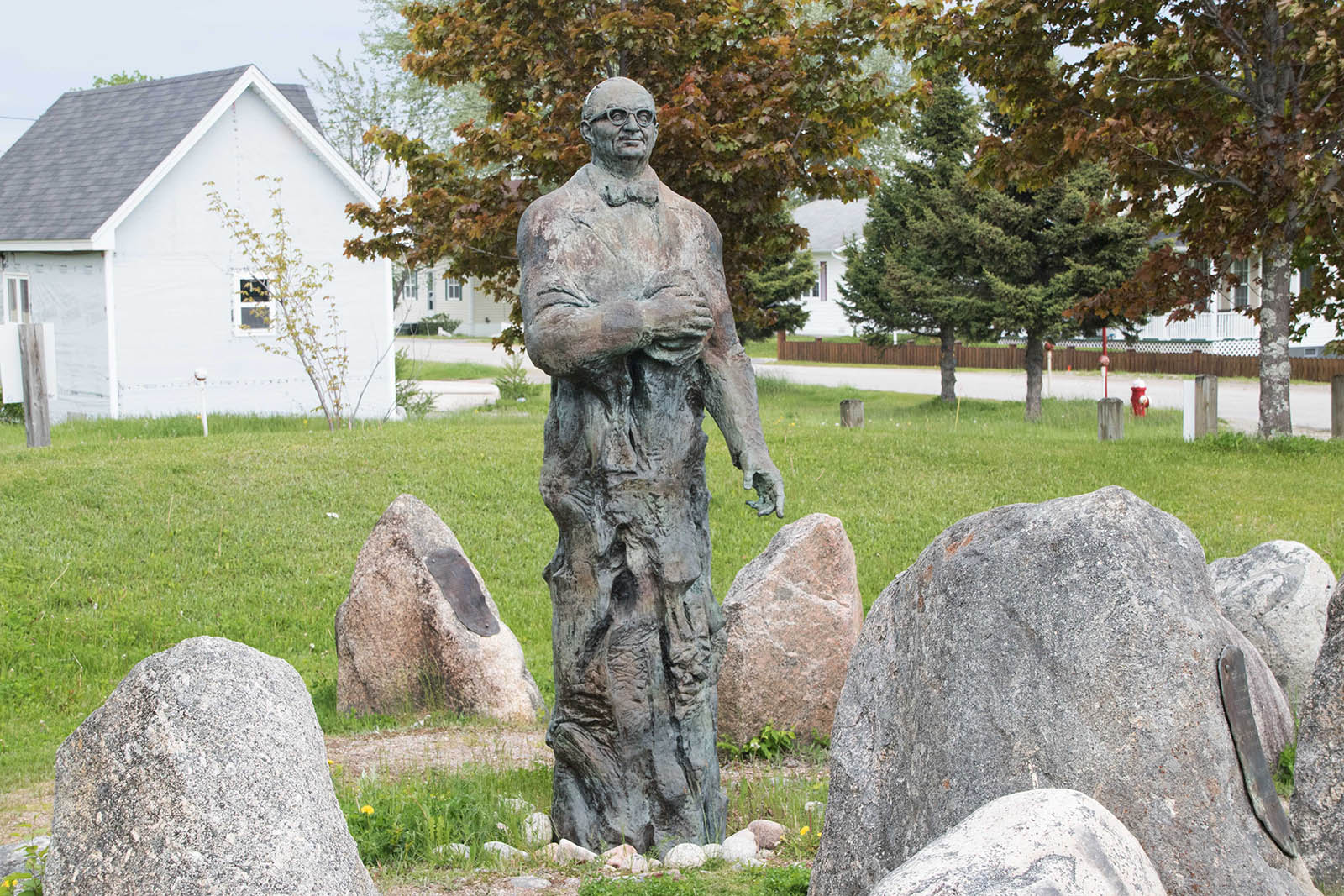 Located on the grounds of the Village Green (across from the Smallwood Interpretation Centre) in Gambo is an eight-foot bronze statue of Joseph Roberts Smallwood, or "Joey," as most Canadians know him. The first premier of Newfoundland and Labrador, serving from 1949 to 1972, Smallwood was responsible for Newfoundland joining Canada in 1949. The monument is one of Boykov's earlier works.

Unlike many statues traditionally placed atop a tall plinth, Boykov's Smallwood statue stands tall on the ground, surrounded by many large boulders. Boykov indicated "the boulders are reminiscent of the cheering crowd of Newfoundlanders carrying J.R. Smallwood on the campaign trail or after one of his numerous political victories," adding that "the sculpture is paying tribute to a politician of enormous stature, as well as to an ordinary down-to-earth man."