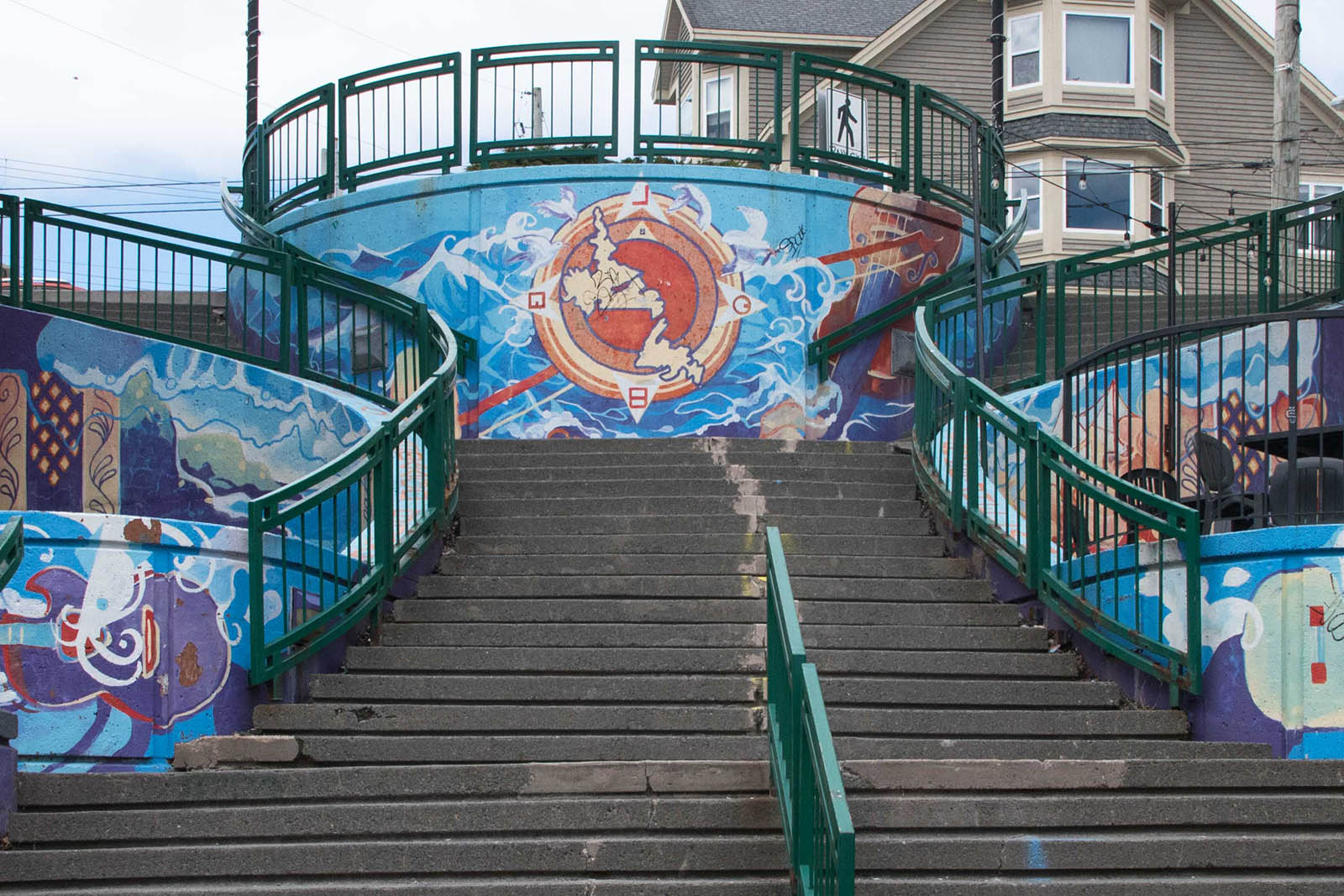 Designed and painted by Sarah O’Rourke-Whelan in 2016, this mural is located on the George Street East stairwell that connects to Duckworth Street. George Street is a small street known for having the most bars and pubs per square foot of any street in North America.

In her artist statement about the mural, titled Opus, O’Rourke-Whelan says the work “focuses on the geography and musical identity of the province. It celebrates George Street and the Downtown area as bastions of local music, as well as reconciles that textbook Newfoundland and Labradorian heritage is not the heritage of everyone in the province.” Using imagery of waves, cliffs, boats and musical instruments, O’Rourke-Whelan wanted the mural to reflect what people currently think about Newfoundland.

The City of St. John’s provided funding for the project.

Sarah's artwork includes murals, digital art and graphic design. She is a graduate of the BFA program at Grenfell College and a board member of Eastern Edge Gallery in St. John's.