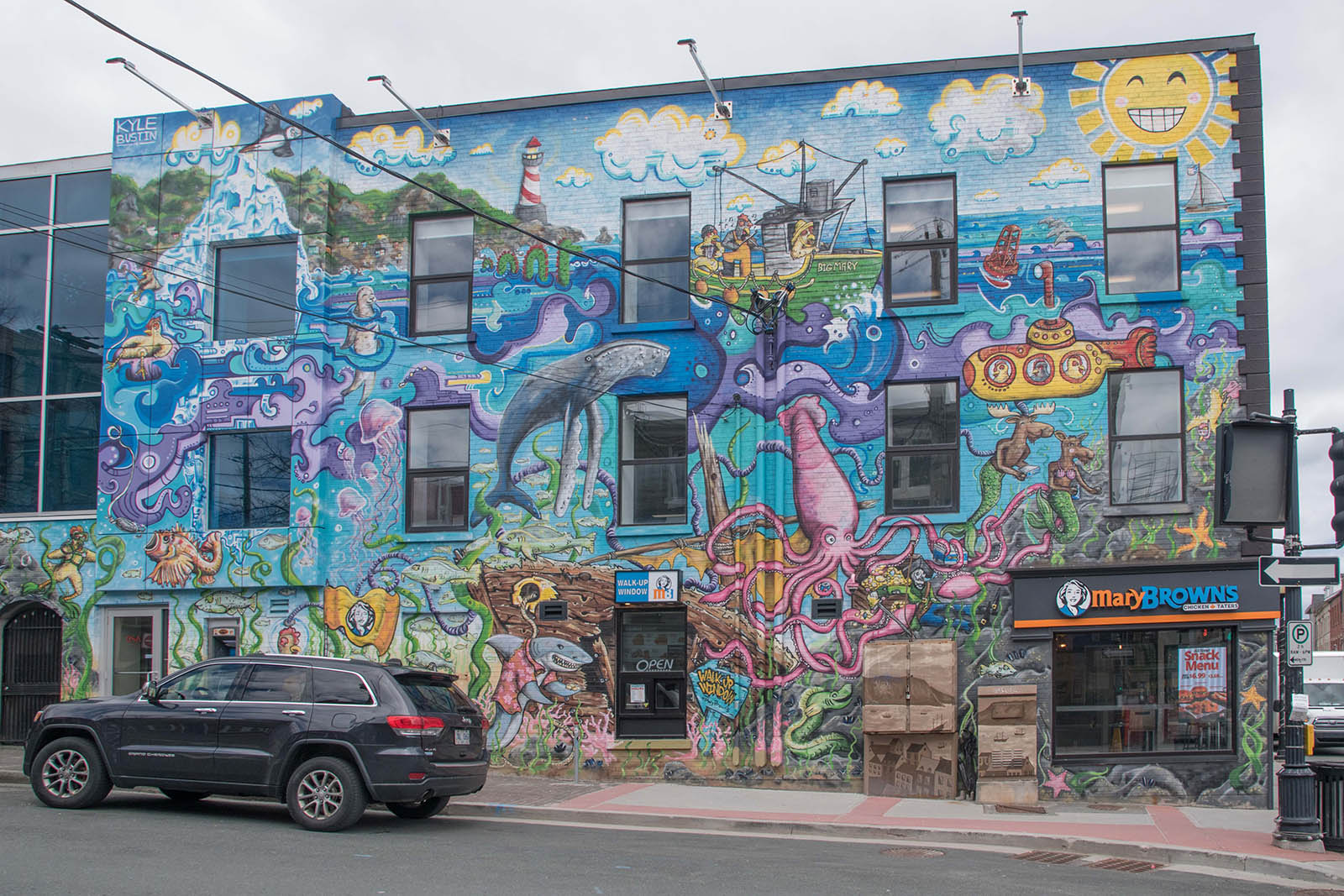 A Celebration of 50 years of Mary Brown's

St. John’s artist Kyle Bustin won the commission for his mural design to mark the 50th anniversary of Mary Brown’s, a fried chicken restaurant business, which opened its first restaurant in 1969. Bustin, assisted by artists Reggie Winsor and Jordan Burton, painted the outside wall of a three-story building that houses the newest Mary Brown’s restaurant at the corner of Adelaide Street and Water Street in downtown St. John’s. The mural is painted in a “Where's Waldo style” said Bustin, with “lots of bright, colourful characters,” including different types of sea life.

Follow the link to learn more about the artwork.

Kyle Bustin is a mural painter, new media artist and art technician. He is originally from the east coast but now splits his time between working in Ottawa and Eastern Canada. In 2011 he completed his BFA at Memorial University’s Grenfell Campus, and in the fall of 2017 he completed an MFA at the University of Ottawa. He has had solo exhibitions at The Rooms Provincial Gallery, Eastern Edge Gallery’s Rogue Space, and La Nouvelle Scène. He has completed residencies at Struts and Faucet Media Arts Centre, The Rooms Provincial Gallery, and Daimon. In 2015 he was awarded the Emerging Artist Award by Visual Arts Newfoundland & Labrador. /n