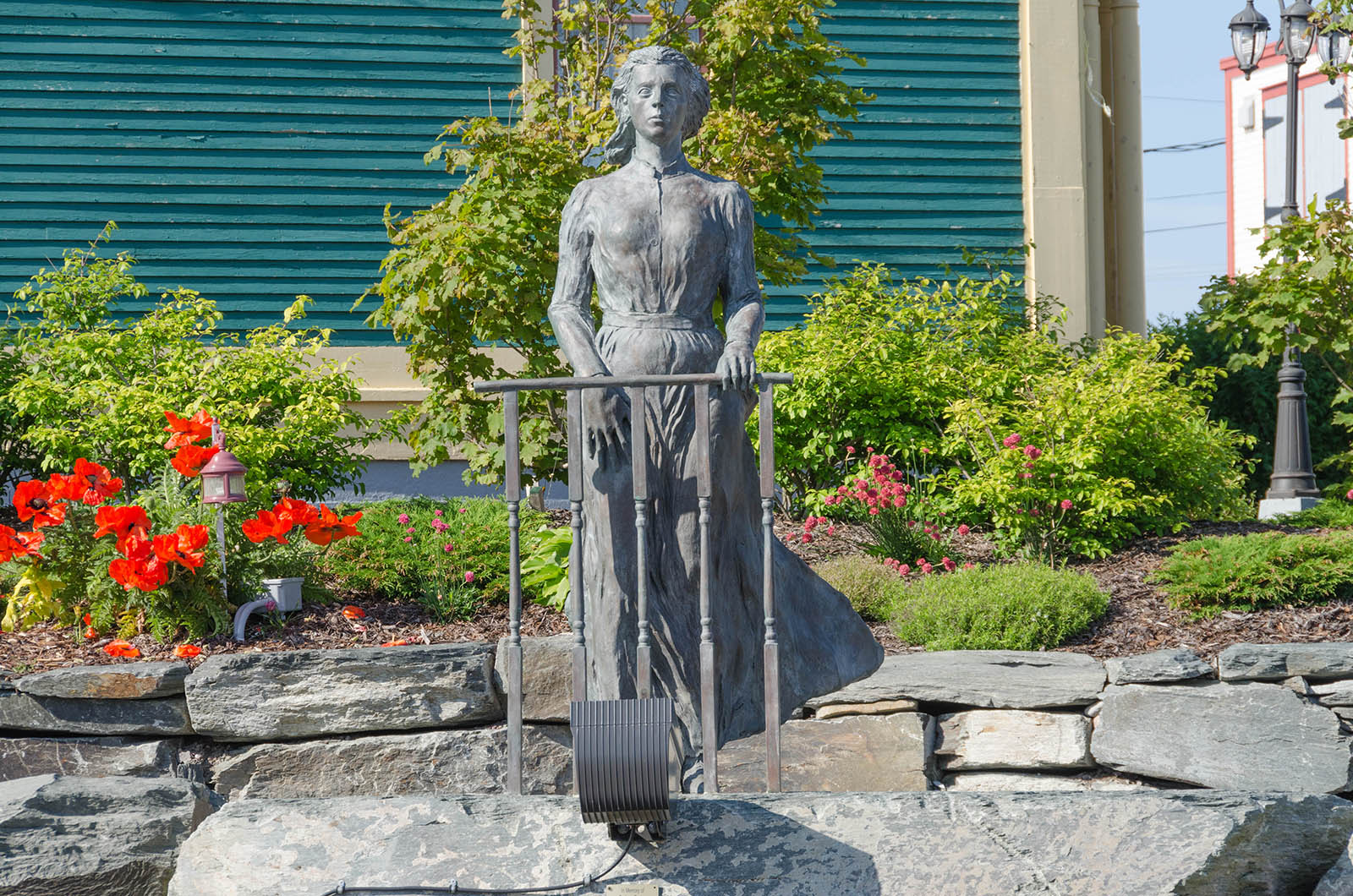 The Mariners' Memorial is located on the grounds of the George C. Harris House, a restored two-and-a-half-story Queen Anne-style house and a designated Provincial Heritage Site. The Grand Bank Heritage Society began a discussion with sculptor Luben Boykov in 2002 to create a large-scale public sculpture as a memorial to those who lost their lives at sea and the families left behind.

Boykov’s memorial design comprises two main features. One is a life-sized female figure standing on the "widow’s walk," a railed rooftop platform, representing the strength and endurance of all women who lost their men at sea. The other feature is a rock-walled pool containing over 300 stainless steel plaques, each with the name of a lost mariner, recognizing the sacrifices they made while working at sea.