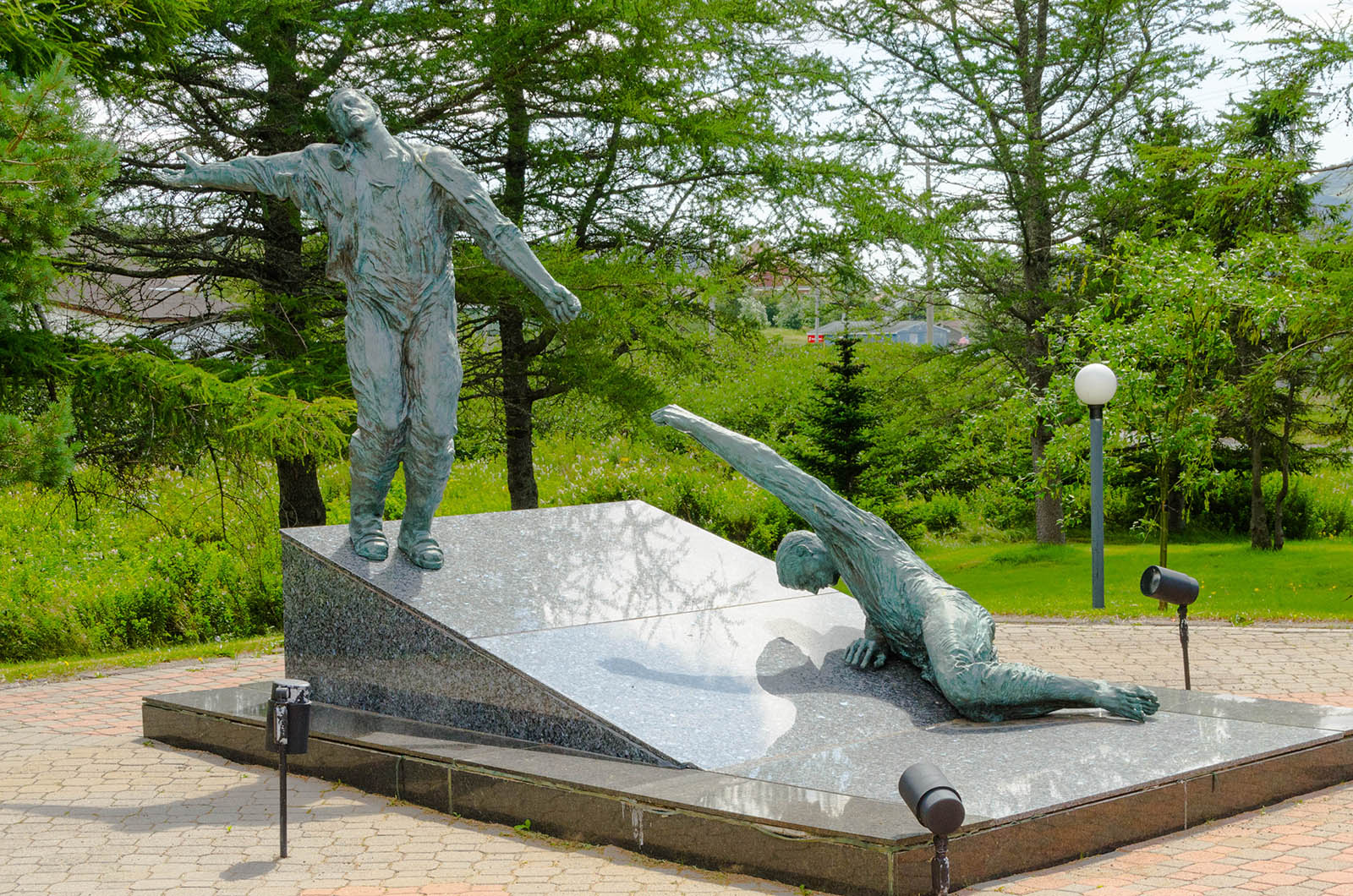 On February 18, 1942, two U.S. naval ships ran aground off the Burin Peninsula, near the towns of St. Lawrence and Lawn, killing 203 seamen. Thanks to the heroic efforts of the people of the two communities, there were 186 survivors. The Historical Society of St. Lawrence approached Luben Boykov and commissioned him to create a sculpture to commemorate the 50th anniversary of the tragedy in 1992.

The memorial is Boykov’s first public commission in Newfoundland. It was only two years earlier, in 1990, that Boykov and his family arrived in this province from Bulgaria.