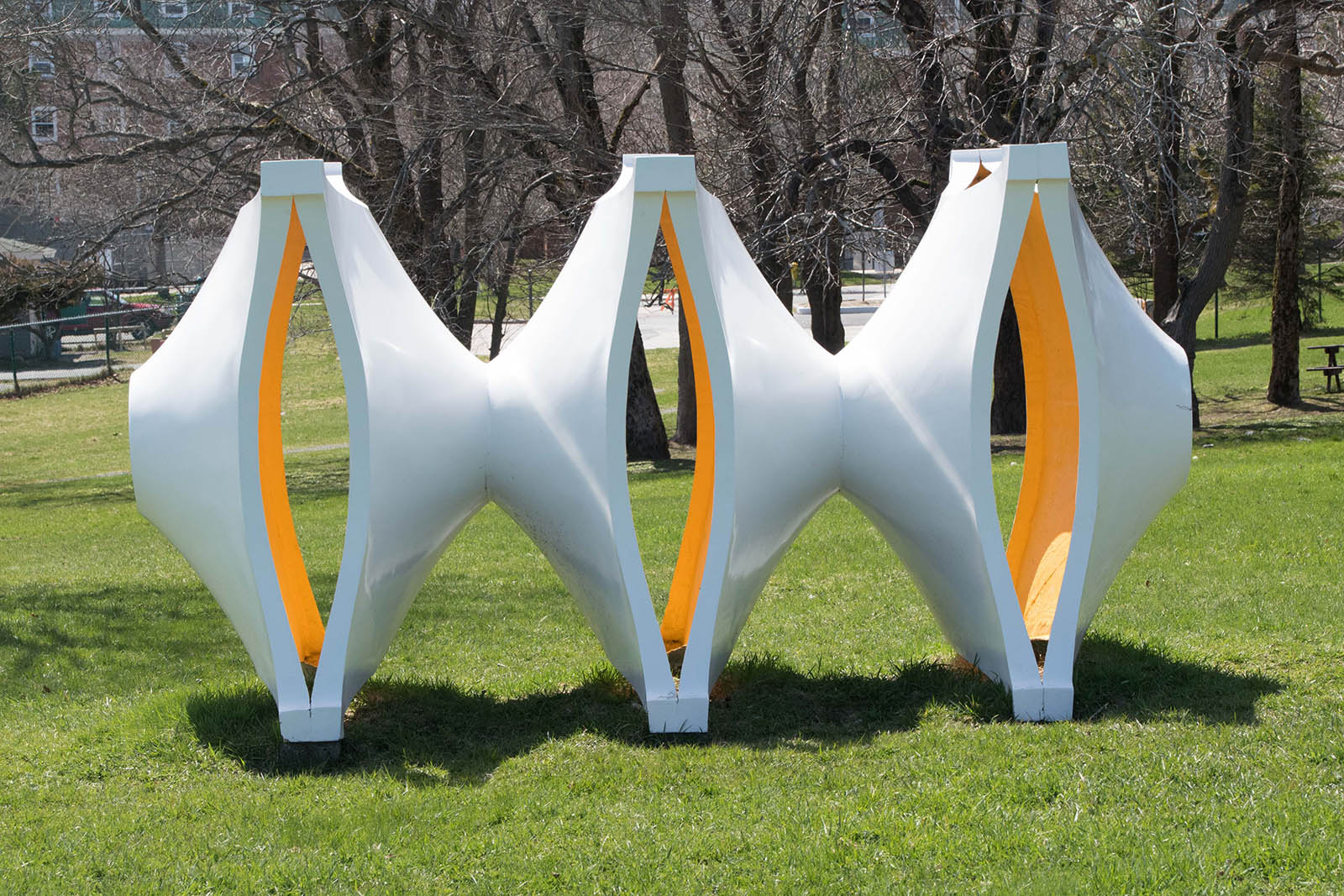 #1 of the Compound Curve Series

In July 1970, Alberta artist Peter Walker (Pita Pitussi) arrived in St. John's from Vancouver after bicycling for 50 days across Canada. That year, Walker received a commission to create a sculpture to be placed on the grounds of the Arts and Culture Centre. The Rooms arranged for the restoration of the artwork in 2019. The sculpture was made of fiberglass reinforced plastic, a chosen medium for Walker's work for the next fifteen years. When asked about the title of the piece, Walker says, "I was a painter at the time yet the resulting compound curves from sticking something pointed against the canvas interested me more than painting on the canvas," hence, the piece is titled #1 of the Compound Curve Series.

Peter Walker was born in London, England in 1945 and his family moved to Alberta, Canada in 1947. He attended the Alberta College of Art from 1963-68 and the Vancouver School of Art from 1968-69. In 1970, he moved to St. John’s, NL. Between 1970 and 1980, Walker's work was mainly three-dimensional, in fibreglass. He also designed and built children's playgrounds. From 1980-83, when he was director of St. Michael's Printshop, Walker began to concentrate more on lithography. He also works in painting, photography, drawing and sculpture. In 1985 he left Newfoundland for Nova Scotia, via Mexico. In 1990 he began teaching at NSCAD with his new wife, artist Nancy Edell. In 1999 Edell and Walker co-taught printmaking in Pangnirtung, Nunavut. In 2016 he ceased teaching at NSCAD and pursued his sculpture and painting work full time. Currently, he is assembling a sculpture park containing approximately 70 pieces and called “The Irony Garden.” This will be open to the public in the next year, though visitors are touring it now.