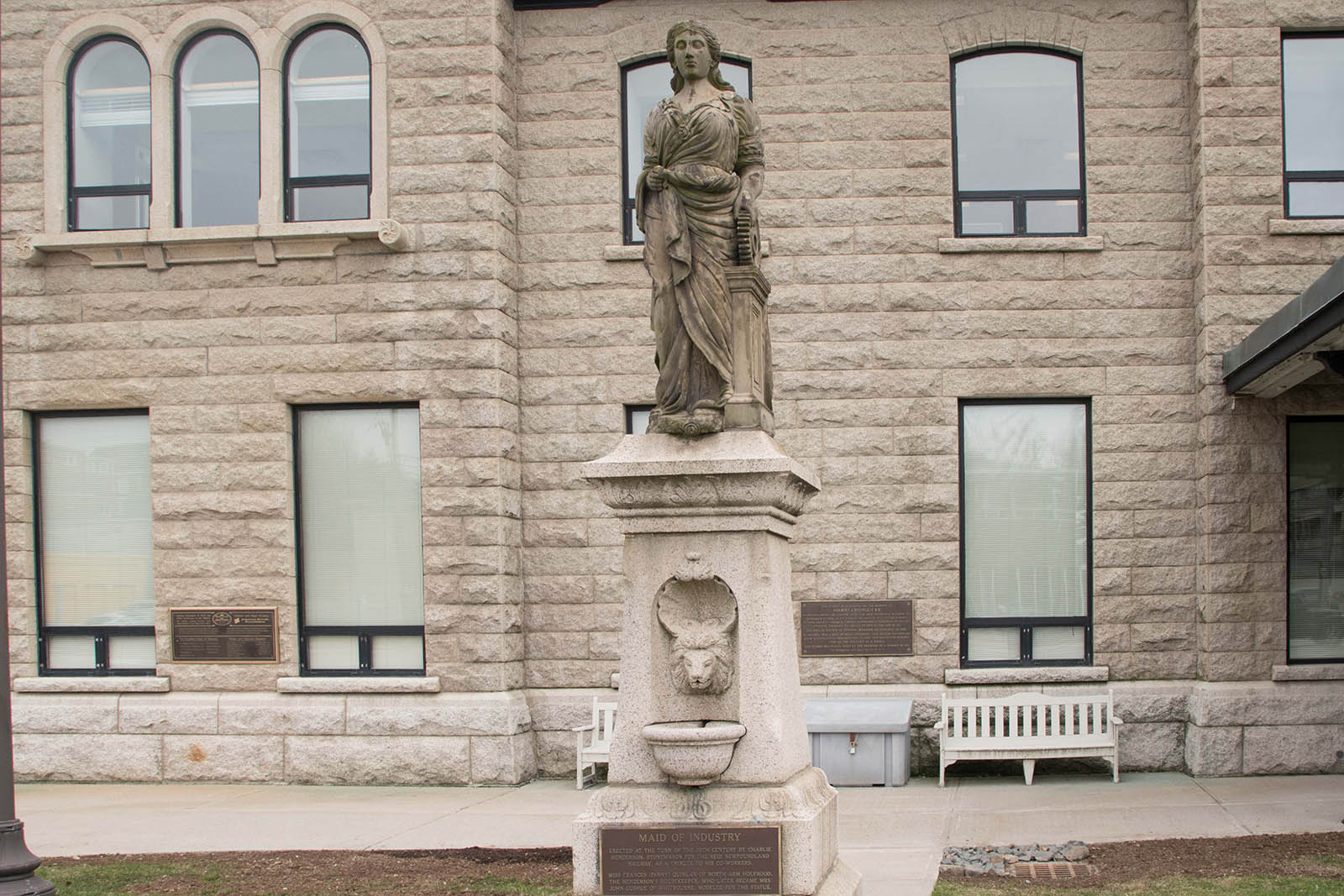 This figurative statue has stood in front of the former Riverhead Station (now known as the Johnson Innovation Station at the Railway Coastal Museum) since 1903. It was carved from a sandstone gatepost of the Anglican Cathedral, which was damaged in the fire of 1892.

The sculptor, Charlie Henderson, was a stonemason for the Reid Newfoundland Railway. The statue's base was used as a drinking fountain, and the granite for the base came from a quarry near Gaff Topsails, an abandoned railway settlement located in the interior of Newfoundland.