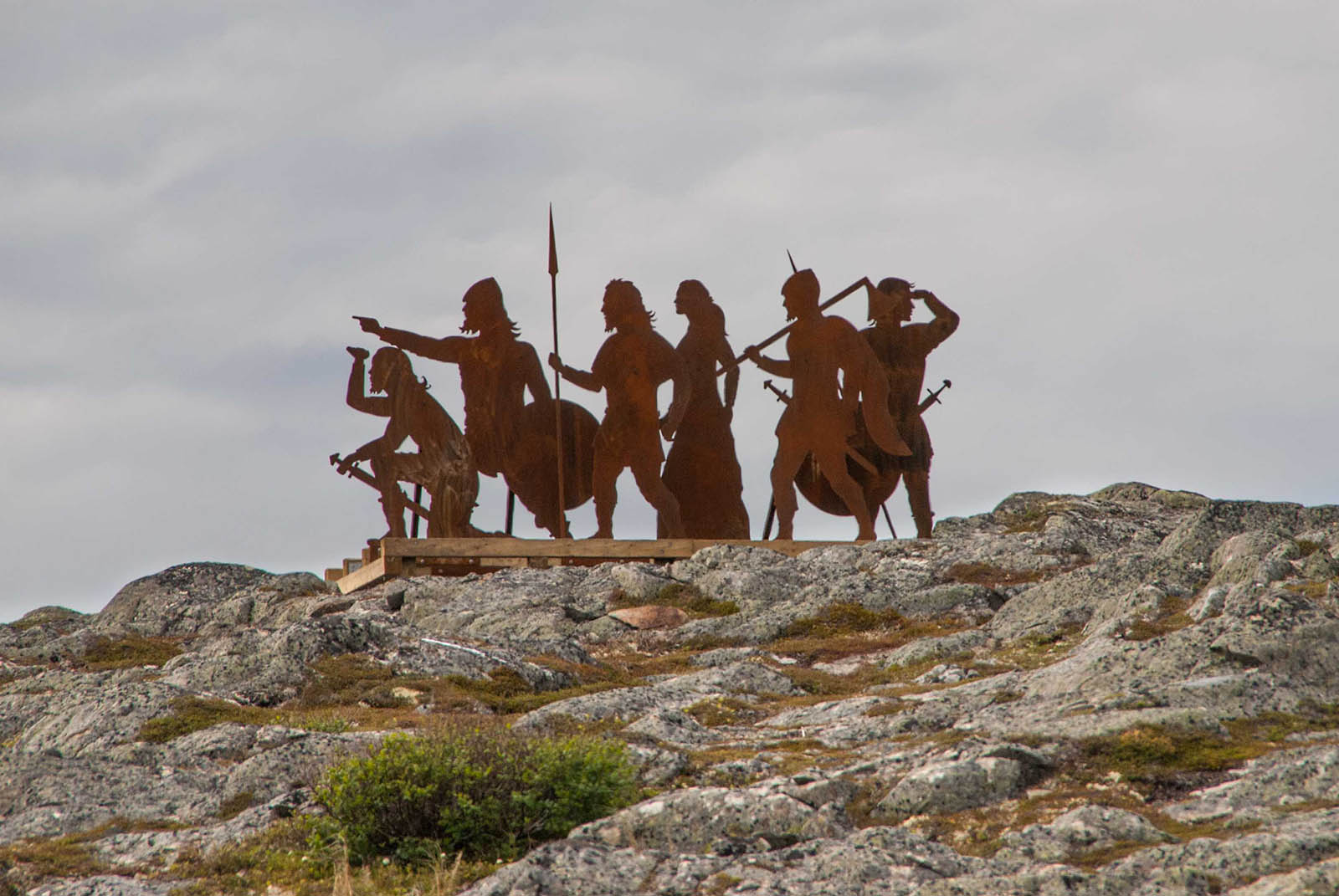 L'Anse aux Meadows National Historic Site, a UNESCO World Heritage Site, is the only archaeological site where Norse settlement remains were found in North America. As part of the L'Anse aux Meadows Historic Site's refurbishment project, a sculpture was commissioned to represent the arrival of the Vikings over a thousand years ago.

In 2010, on top of a hillside near the Visitor's Centre, six 2.4 metre-tall silhouetted steel figures of Norse explorers, including a female figure outlined in period clothing, were installed. The figures face southeast towards Epaves Bay, where they came ashore around the year 1,000, 500 years before Christopher Columbus set sail to the west. The sculpture was designed by New Brunswick graphic artist and illustrator Karen Van Niekerk.