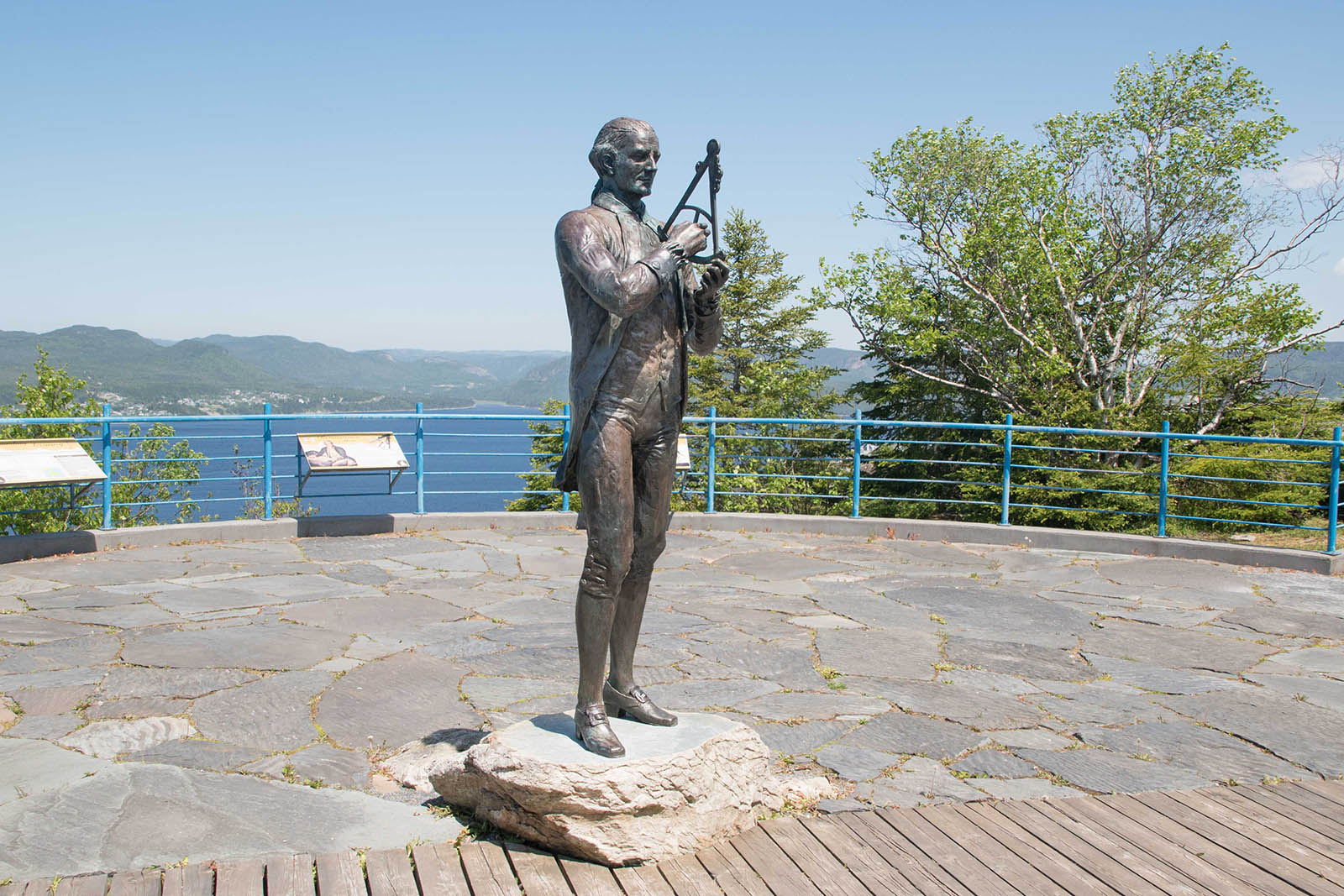 For sculptor Luben Boykov, the story of Captain James Cook's time in Newfoundland is worth telling and remembering. Cook was appointed as a marine surveyor when he spent five summers (1762-1767) charting the coastlines of Newfoundland. Boykov's seven-foot-tall statue is a portrait of Cook at a younger age, holding a quadrant, a navigational instrument, while surveying the Bay of Islands.

The statue is located on Crow Hill at the Captain James Cook Historic Site. The site underwent redevelopment in 2005, and the statue was part of the redevelopment plan prepared by Tract Consulting. Neil Dawe of Tract Consulting told Business & Arts NL that, working together, he and the artist "built a space specific to that sculptural piece, and we actually left a rock in the design that Cook is standing on." He added that this is an example of collaboration, using "art as a way to celebrate culture and place" to give a place its identity.

Follow the link to listen to Boykov's interview with reporter Lindsay Morey in 2012 about creating the statue of Captain Cook.