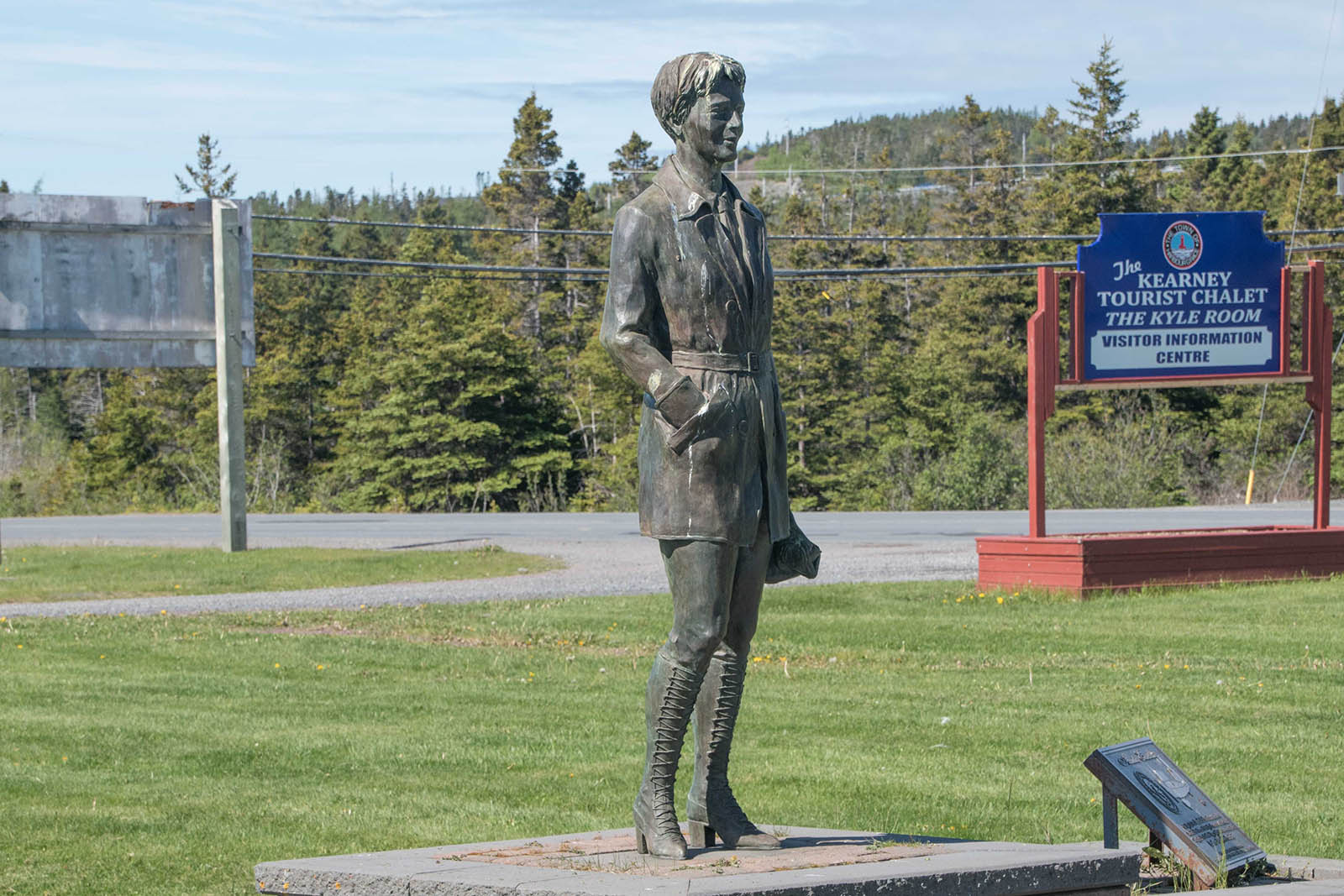 On May 20, 1932, American aviator Amelia Earhart flew in a Lockheed Vega 5B from the airfield in Harbour Grace. After 14 hours and 56 minutes of flying, she landed in Northern Ireland. Earhart became the first female (and second person after Charles Lindbergh) to make a solo trans-Atlantic flight.

In 2007, to commemorate the 75th anniversary of this historical event, Luben Boykov created the Amelia Earhart statue dressed in aviation attire. The statue is located at the Spirit of Harbour Grace Park, which also features a DC-3 airplane, Spirit of Harbour Grace, which was used to transport food and supplies in Labrador.