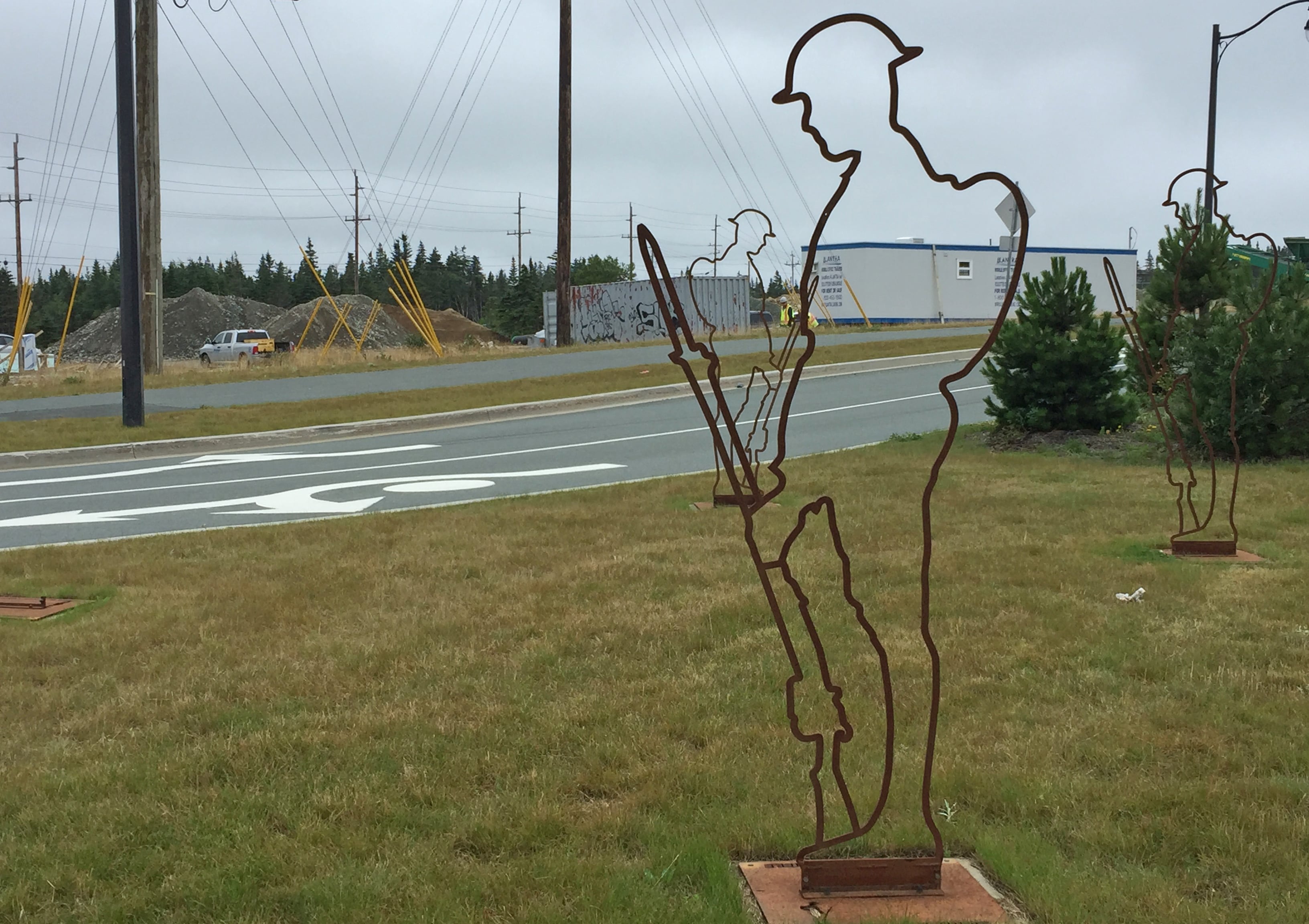 There But Not There (ghost soldiers)

In the month of November 2018, six "Tommy" sculptures are placed along Beaumont Hamel Way at the Galway Development to commemorate Remembrance Day. DewCor CEO Danny Williams purchased the sculptures in 2018. "Tommy" is British slang for a World War One soldier. The British artist Martin Barraud first created an installation of 51 life-sized silhouettes of "Tommies" in 2016. Since then, thousands of these six-foot-tall silhouettes of soldiers have been made to commemorate those who fought in the First World War. The Tommy design is now owned by Royal British Legion Industries, one of the most important charities benefitting veterans in the UK. The Tommy has become a part of their logo and helped raise over £1 million for its vital work.

Follow the links to find out about the "There But Not There" project.

Martin Barraud is a conceptual photographer and installation artist based in Kent, England. He is a joint-founder of WeMake.YouThink.