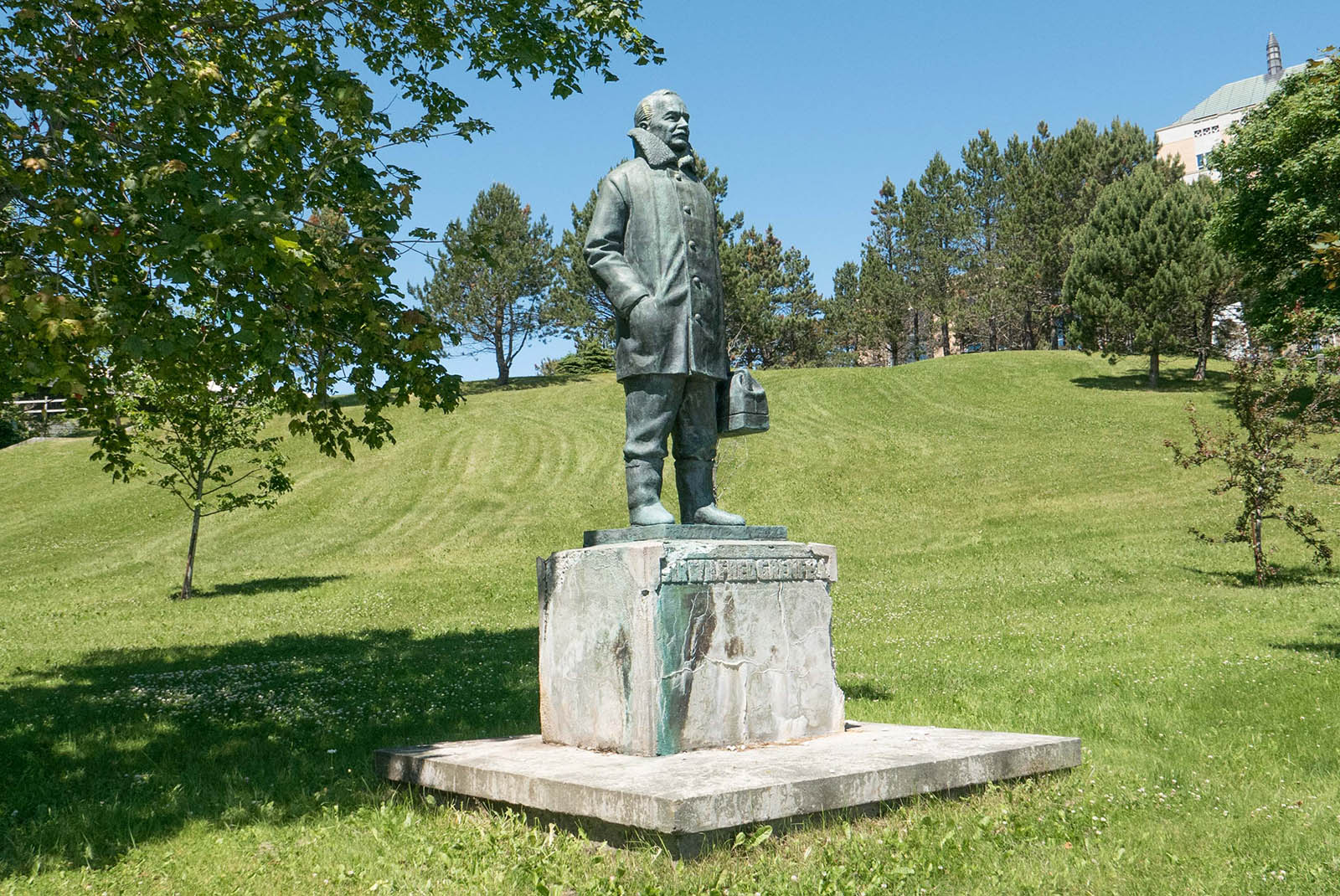 Dr. Wilfred Grenfell came to Newfoundland and Labrador in 1892 as a British medical missionary. He spent much of his life to providing health care services in Labrador and northern Newfoundland.

The unveiling of the eight-foot-tall statue, commemorating Dr. Grenfell’s dedicated services to the people of Newfoundland and Labrador, took place on the grounds of the Confederation Building on September 30, 1970. Hans Melis, the province’s official sculptor, created the statue. The piece was cast in bronze in Holland.

Hans Melis was born in the Netherlands in 1925. He studied at the Academies of Fine Arts in The Hague, Munich and Dresden. He emigrated to Canada in the 1958 and became the official sculptor of Newfoundland under Joey Smallwood.