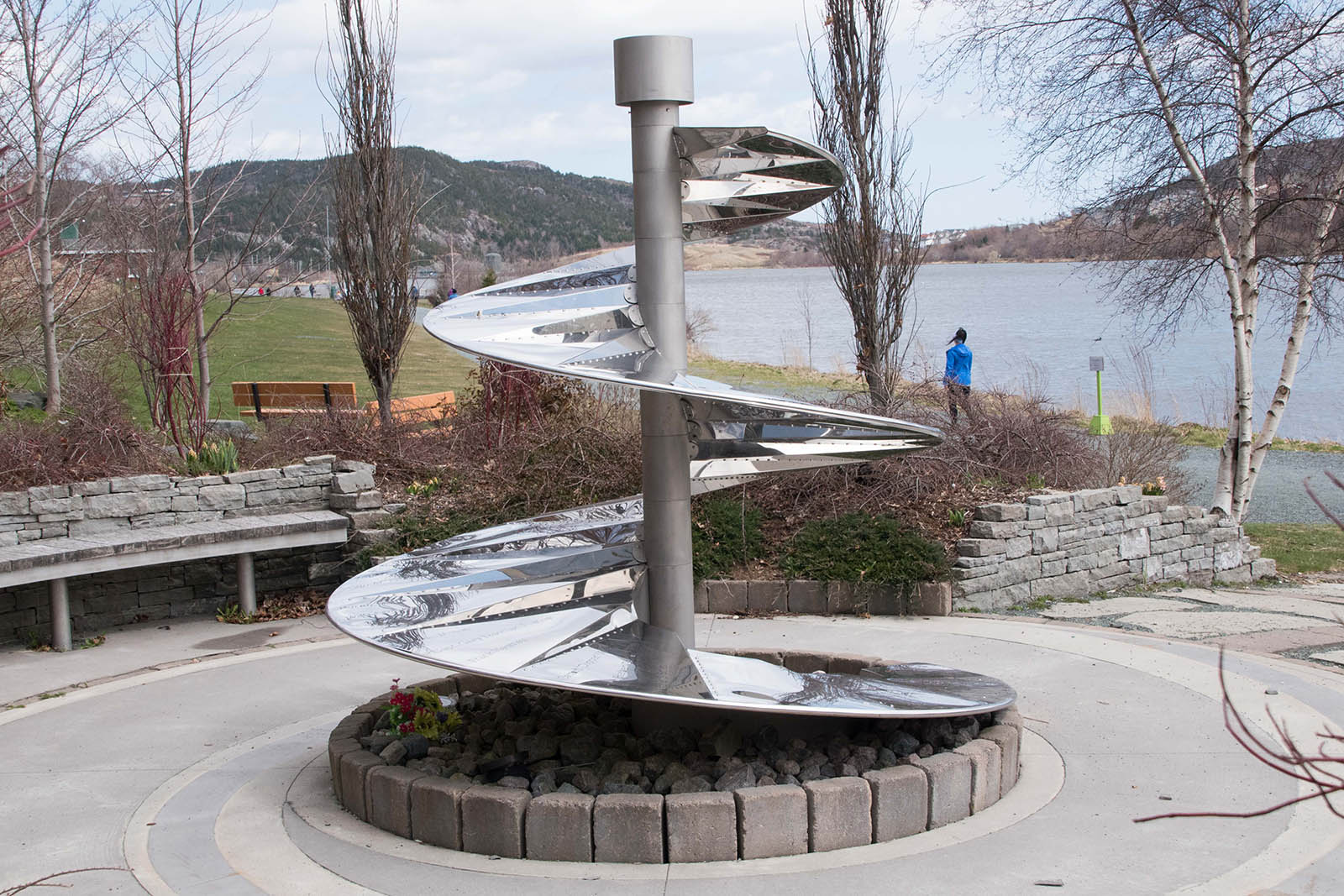 by Luben Boykov and Frederick Hann

Designed by Luben Boykov and Frederick Hann, the stainless steel spiral sculpture is "representative of the aerial screw prototype of the first rotary-type flying machine envisioned by Leonardo da Vinci in the 16th century. Along the spiral of the aerial screw, the names of the 23 victims of both helicopter tragedies have been cut into the stainless steel. Light is the prominent feature of the memorial, shining skyward through the open cutwork of the names." (Dept. of Tourism, Culture, Arts and Recreation)