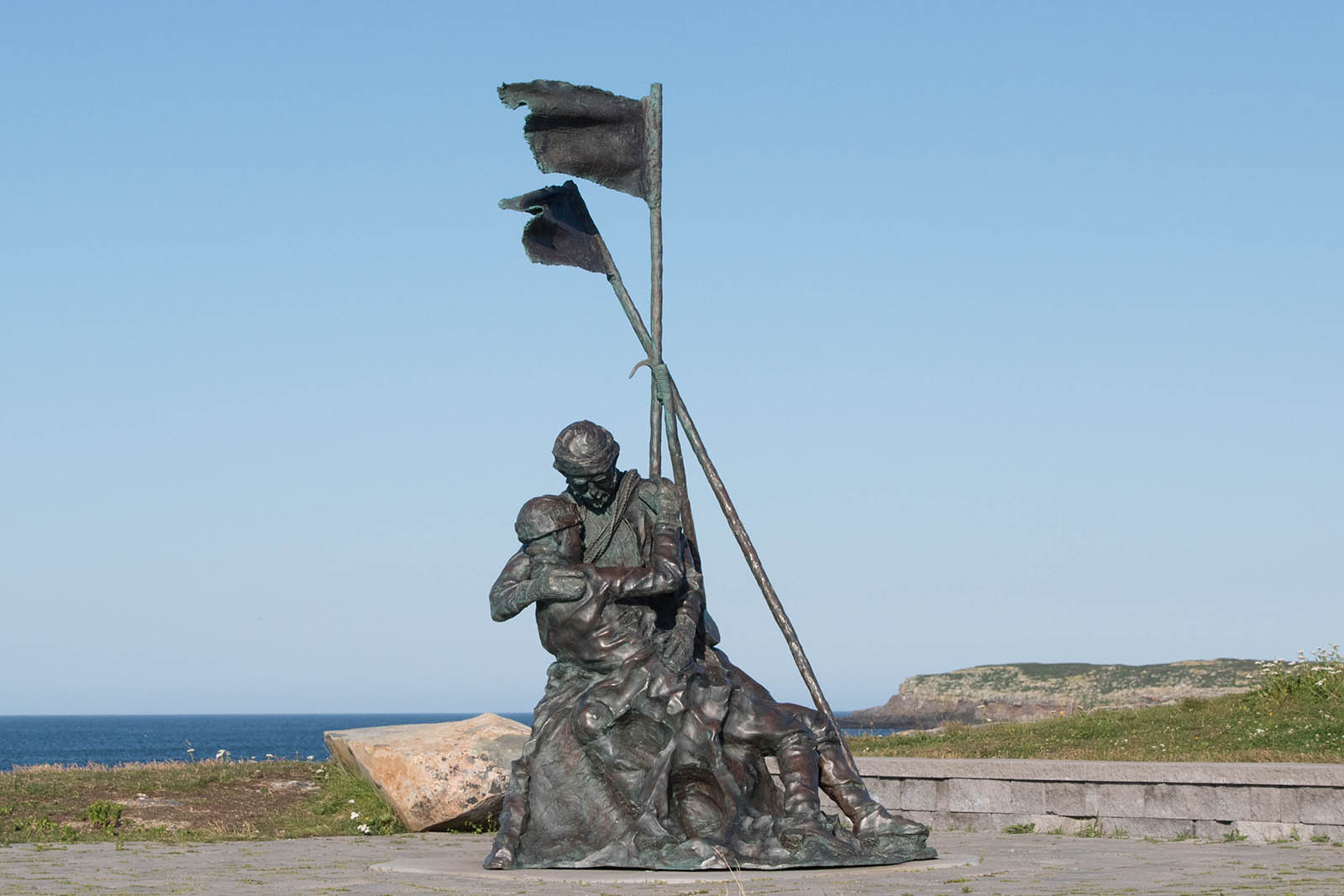 Home From the Sea, Elliston

The unveiling of the Home From the Sea Sealers Memorial in 2014 marked the 100th anniversary of the 1914 sealing disaster that involved two separate tragedies in which 251 Newfoundland sealers perished.

The site features a life-sized bronze statue created by sculptor Morgan MacDonald, depicting Reuben Crewe and his son Albert John frozen to death in each other’s arms while stranded on the ice. The Crewes were two of the eight men from Elliston who died. Victims and survivors of the disasters are remembered with their name, community and age inscribed on a stone wall.