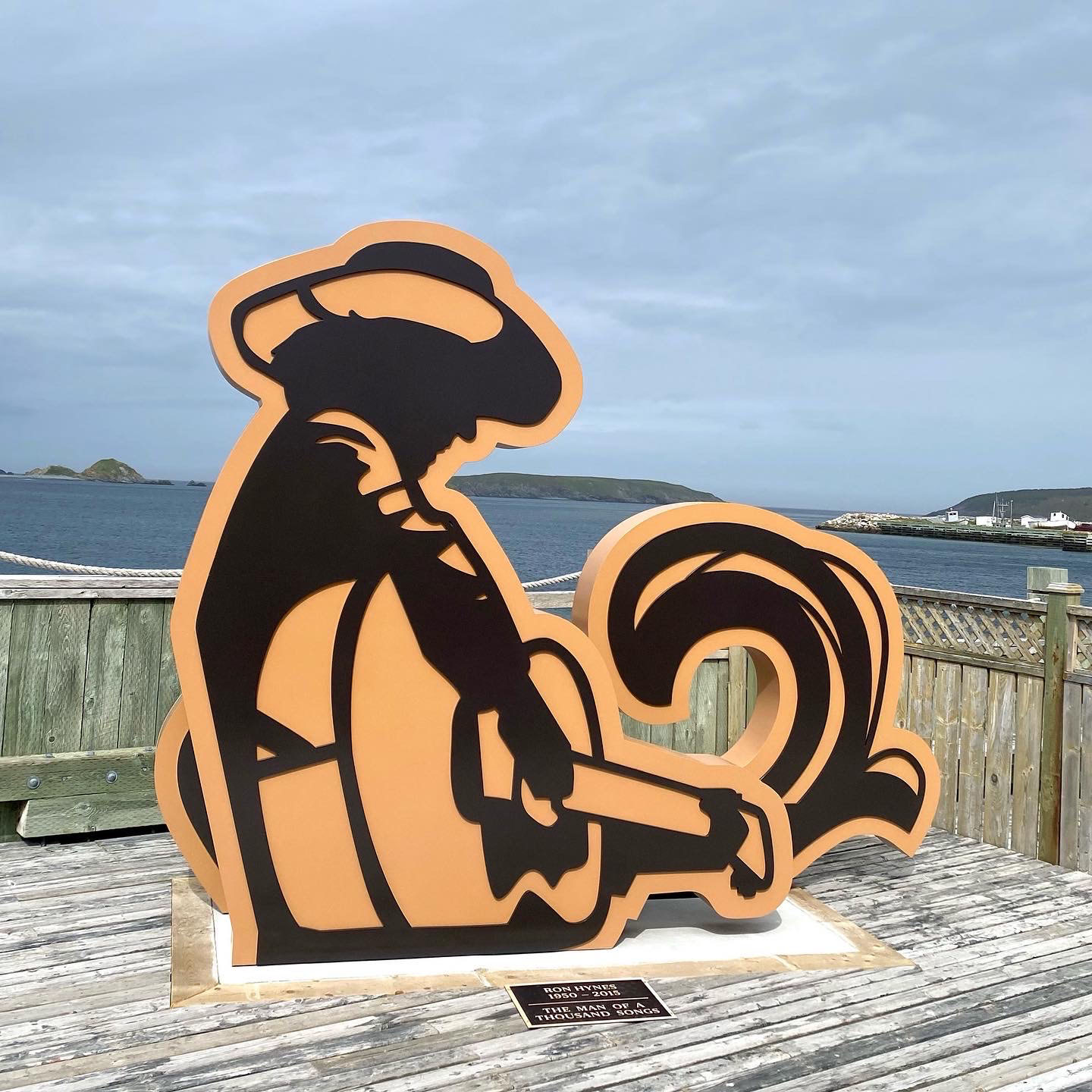 Often called "The Man of a Thousand Songs", Ron Hynes, was raised on the Southern Shore in Ferryland. In 1971, the legendary singer-songwriter was the first Newfoundlander to release an album composed entirely of their own songs, and was Newfoundland & Labrador's first induction to the Canadian Songwriters Hall of Fame. After his passing in 2015, The Ron Hynes Commemorative Monument Committee (featuring the Ferryland Tourism Association, local tourism operators, the Town of Ferryland, and the Southern Shore Folk Arts Council) worked together with Jud Haynes to create this unique 8 foot tall celebration-monument of the music industry icon.

Jud Haynes is a St. John's based illustrator and graphic designer. His clients include many of the country’s biggest bands, TV shows, East Coast craft breweries, festivals, and more. His artwork appears on Atlantic Aire skateboards, a company he started in 2020, and he is always toiling away on new art-prints which he sells locally and online.